Joshua Wong met Maas on Monday in Berlin at an event hosted by the German newspaper BILD.

After being held for around 24 hours at the Hong Kong airport on Sunday for allegedly breaching the terms of his bail, Wong arrived in Berlin late on Monday evening, where he said he would “continue his battle for free elections”. 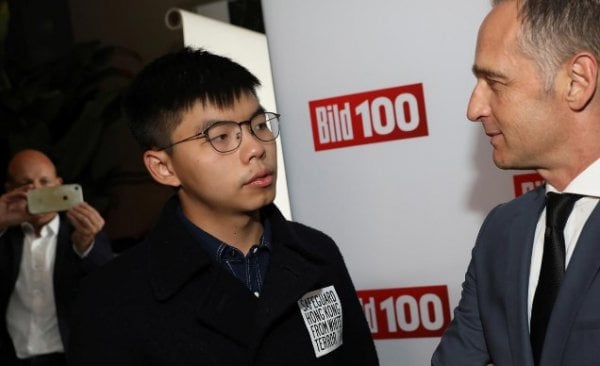 The timing is especially awkward as German Chancellor Angela Merkel visited Beijing last week. Hong Kong has been gripped by weeks of protests, initially against a now-shelved extradition bill and now focused more on securing greater freedoms for Hong Kong. 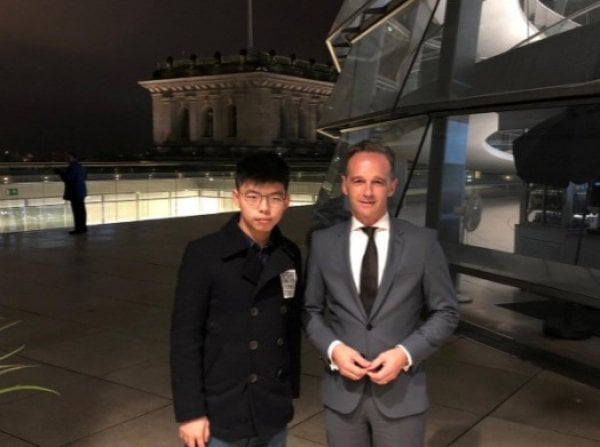 Chinese Foreign Ministry spokeswoman Hua Chunying said China was “extremely dissatisfied and resolutely opposed” to German allowing Wong to visit and to allow him to meet the German foreign minister. “China has already lodged stern representations with the German side,” Hua told a daily news briefing.