Chinese foreign ministry said Beijing will impose sanctions against US individuals and entities in response to the law targeting banks.

President Donald Trump on Tuesday ordered an end to Hong Kong’s special status under US law to punish China for what he called “oppressive actions” against the former British colony, prompting Beijing to warn of retaliatory sanctions.

Citing China’s decision to enact a new national security law for Hong Kong, Trump signed an executive order that he said would end the preferential economic treatment for the city.

“No special privileges, no special economic treatment and no export of sensitive technologies,” he told a news conference.

Acting on a Tuesday deadline, he also signed a bill approved by the U.S. Congress to penalize banks doing business with Chinese officials who implement the new security law. 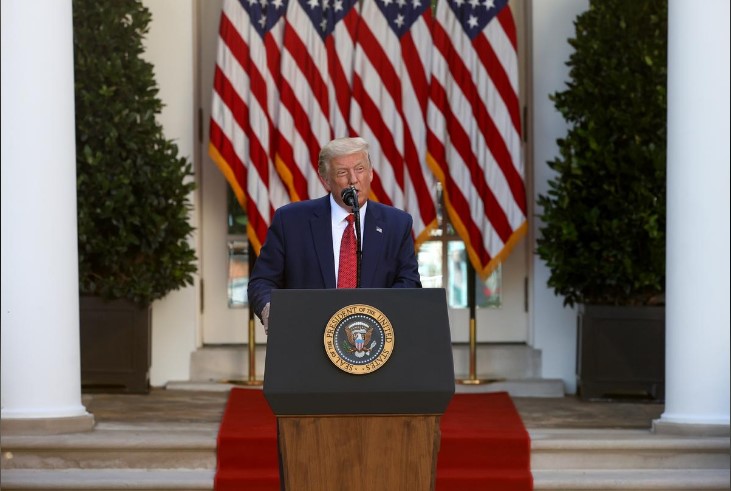 “Today I signed legislation, and an executive order to hold China accountable for its aggressive actions against the people of Hong Kong, Trump said. “Hong Kong will now be treated the same as mainland China,” he added.

China has slammed US decision in an official statement. “Hong Kong affairs are purely China’s internal affairs and no foreign country has the right to interfere,” China’s foreign ministry said on Wednesday.