Trudeau and the governing Liberals must win the Oct. 21 federal election if he is to intervene at all.

Prime Minister Justin Trudeau said Friday he is ready to intervene in Quebec’s new ban on religious symbols if a current court challenge fails to strike down the law.

"We are not going to close the door on intervening at a later date because I think it would be irresponsible for a federal government to close the door to intervention ever, on a matter that does touch on fundamental freedoms," Trudeau said during a campaign stop in Quebec.

It is the first time the prime minister has indicated he would consider interceding in the new law that forbids religious symbols such as hijabs, crosses and turbans to be worn by most civil servants while at work. It includes teachers, police and bus drivers. But with the matter before the courts, Trudeau said it would be "counterproductive" to intervene now. 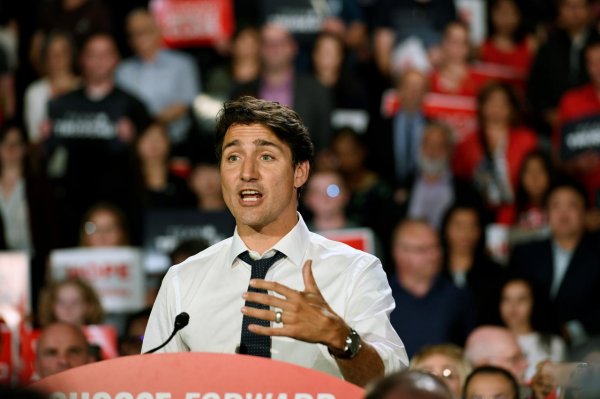 The federal party leaders including Trudeau know the law is popular in Quebec where it is hailed as a law that separates religion and state. All parties are hoping to win votes in Quebec. But polls show that Canadians residing outside the province are against the ban because it is discriminatory.

Trudeau said before the law came into effect in June that the government had no business telling people how to dress. 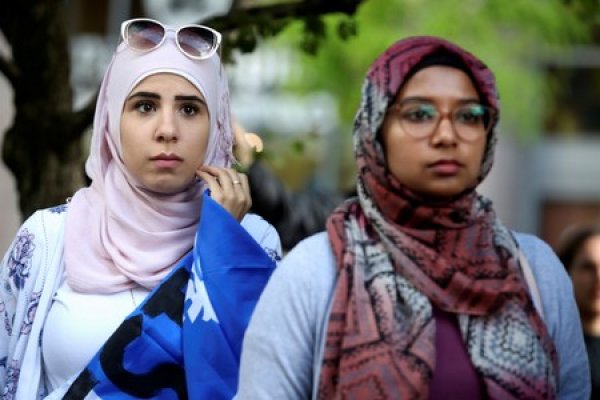 Canadian media reported earlier that two women were denied jobs at daycare education centers when they refused to remove their hijabs on the job.

The National Council of Canadian Muslims and a civil rights group have filed a court challenge to the law, saying it will cause irreparable harm to religious minorities. Conservative Party leader Andrew Scheer  said if elected, he would not challenge the law.