Hulusi Akar refers to Ankara-Cairo rapprochement in the Eastern Mediterranean.

Cairo’s recent approach in the Eastern Mediterranean benefits both Egypt and Turkey as well as other countries in the region, the Turkish national defense minister said on Friday.

“It is a very valuable and important step for regional peace and stability that Egypt respected Turkey's maritime jurisdiction boundaries reported to the UN,” Hulusi Akar said at a military ceremony in the southern Adana province.

Earlier this month, Akar had said Turkey considers working on agreements with Egypt under the maritime jurisdiction limits that the country declared to the UN.

Speaking about the US’ support to the YPG/PKK terror group, the defense minister said the US should work with Turkey, a NATO member, instead of cooperating with the terror group. 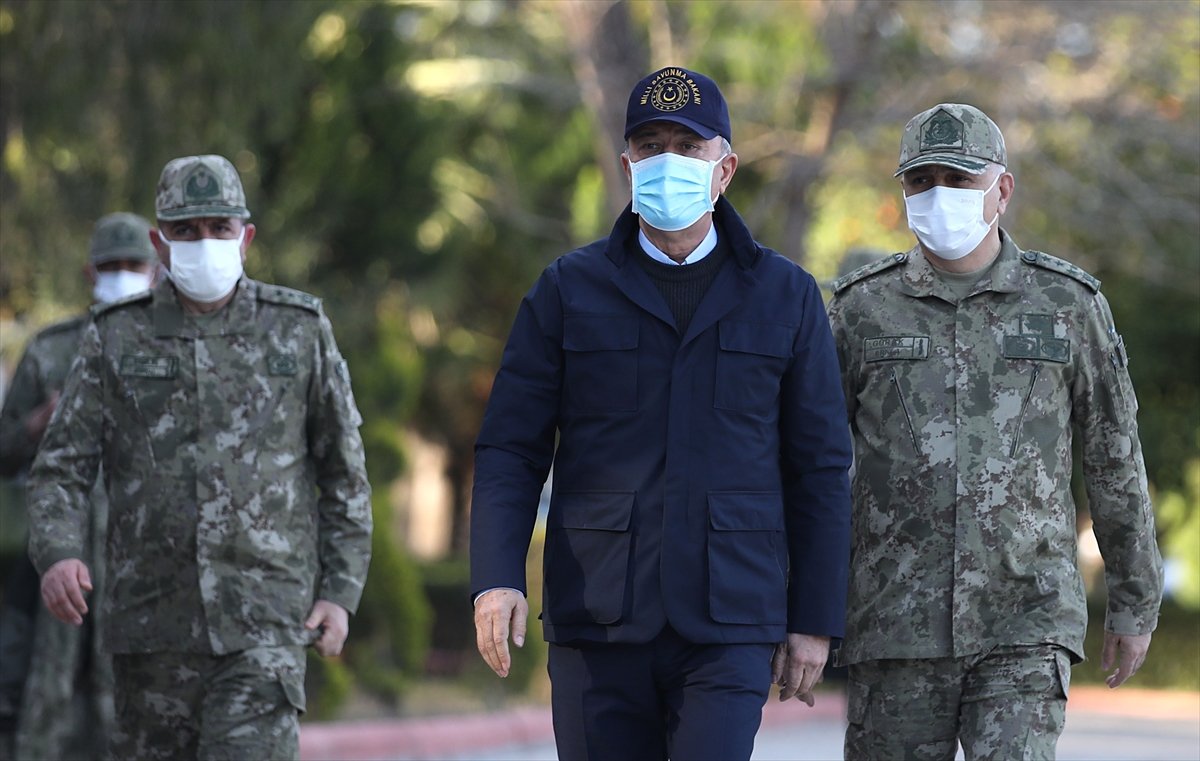 "We do not think it is right for the United States to support the YPG, which is no different from the terrorist organization PKK, under the pretext of fighting Daesh,” he said.

In its more than 35-year terror campaign against Turkey, the PKK -- listed as a terrorist organization by Turkey, the US, and the EU -- has been responsible for the deaths of 40,000 people, including women, children, and infants. The YPG is its Syrian branch.

Noting that Turkey has made great contributions to Europe's security and NATO Secretary General Jens Stoltenberg has also voiced this fact, he said: "We are in favor of a peaceful resolution of all problems in our region and in the world. We believe that disputes in the Aegean, Eastern Mediterranean and the Cyprus issue should also be resolved through dialogue and we strive for this."

Akar said Turkey continues talks with Greece. "Despite all our constructive approaches, unfortunately, we also encounter some negative statements, actions and harassment," he said.

"This threatening language and harassment is unacceptable and does not contribute to solving any problem," he said, adding Greece’s futile armament efforts would inflict great harm to the Greek people.

He underlined that Greece's efforts to turn its problems with Turkey into Turkey-EU or Turkey-US problem will be in vain, and said good neighborly relations are essential and Turkey has no designs on anyone’s right or land, but it will never compromise on its rights.

Turkey fights not only for its own safety, it also fights for safety of brotherly and friendly countries, such as Azerbaijan and Libya, he added.

Exploratory talks between Turkey and Greece to find fair and equitable settlements to issues in the Aegean began in 2002. After the 60th round in March 2016, Athens suspended talks.

The previous round of meetings was in Istanbul on Jan. 25. The next round of consultative talks will be held in Athens on March 16-17 and will focus on bilateral disputes, including maritime boundaries and drilling rights in the region.