Boris Johnson has been elected as the new Conservative Party leader and vowed to deliver Brexit by October.

Boris Johnson promised to deliver Brexit on Oct. 31 after he was chosen by UK Conservative Party members to succeed Theresa May as Britain’s prime minister on Tuesday.

"TO ALL THE DOUBTERS: I WILL GET BREXIT DONE"

"We know the mantra of the campaign that has just gone by, unless you have forgotten it. You probably have... it is deliver Brexit, unite the country and defeat Jeremy Corbyn. And that is what we are going to do.

I know some WAG has already pointed out that deliver, unite and defeat was not the perfect acronym for an election campaign since unfortunately it spells DUD, but they forgot the final E my friends, E for energise. 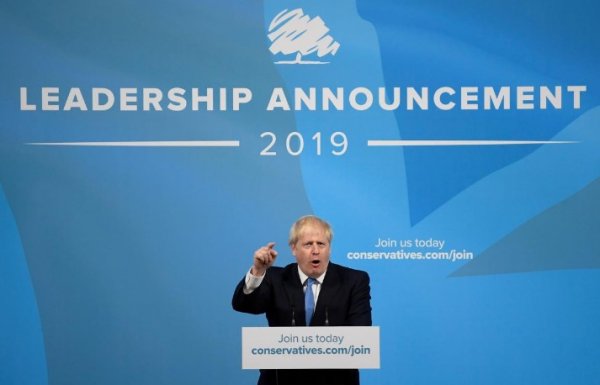 I say to all the doubters, dude, we are going to energise the country. We are going to get Brexit done on October 31st, we are going to take advantage of all the opportunities it is going to bring in in a new spirit of can-do, and we are once again going to believe in ourselves and what we can achieve." Johnson said in a speech after defeating rival candidate Jeremy Hunt.