New British Prime Minister Boris Johnson has appointed his younger brother Joe Johnson to the post of deputy minister for business, energy and industrial strategy of the country.

KEY ROLE IN THE CABINET

Johnson gave his younger brother Jo Johnson a job in his new government on Wednesday, appointing him as a minister of state at the Department for Business, Energy and Industrial Strategy, the PM’s office said in a statement. 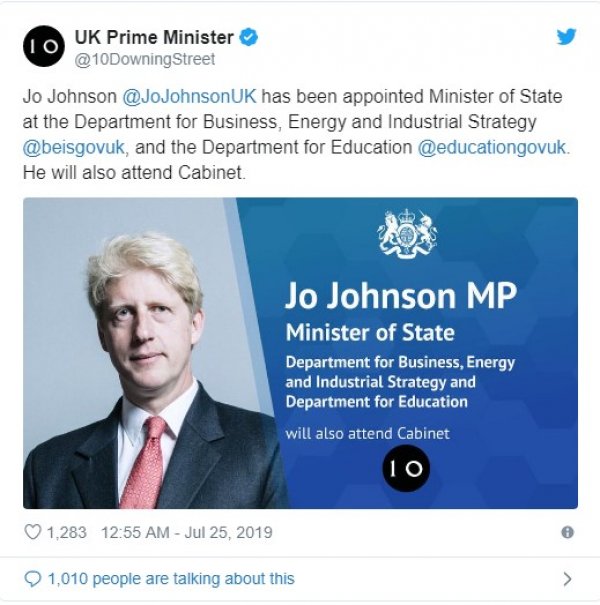 Johnson fired supporters of Jeremy Hunt and installed loyalists backed him in his Brexity campaign.

Johnson began his time in office by decisively sweeping away May’s cabinet in one of the biggest culls of senior government jobs in recent British history. Earlier on Thursday the prime minister held his first full meeting of the cabinet, in which Brexiteers now dominate the senior posts.

A total of 17 ministers in May’s government either resigned or were sacked, creating a powerful new group of enemies in parliament. Most of Johnson’s senior appointees are Brexit supporters.