EU should back Turkey 'as much as possible' on migration says Hungarian premier after meeting with Turkish president.

Blaming Turkey for the refugee crisis is a "real ingratitude," the country's president said on Thursday.

"It is Greece that is condemning refugees to death by skewering their boats," Recep Tayyip Erdoğan said in a press conference alongside Hungarian Prime Minister Viktor Orban in the capital Ankara following a meeting between the two. "We have all the documents."

Erdoğan also said that Greece, as a whole, had "turned into a US military base," referring to US military deployments in the northern Alexandroupoli (Dedeagac) region of Greece.

For his part, Orban underlined the need for a defensive perimeter around Europe, noting that the continent was under migration pressures from the Mediterranean, Western Balkans, and Belarus. 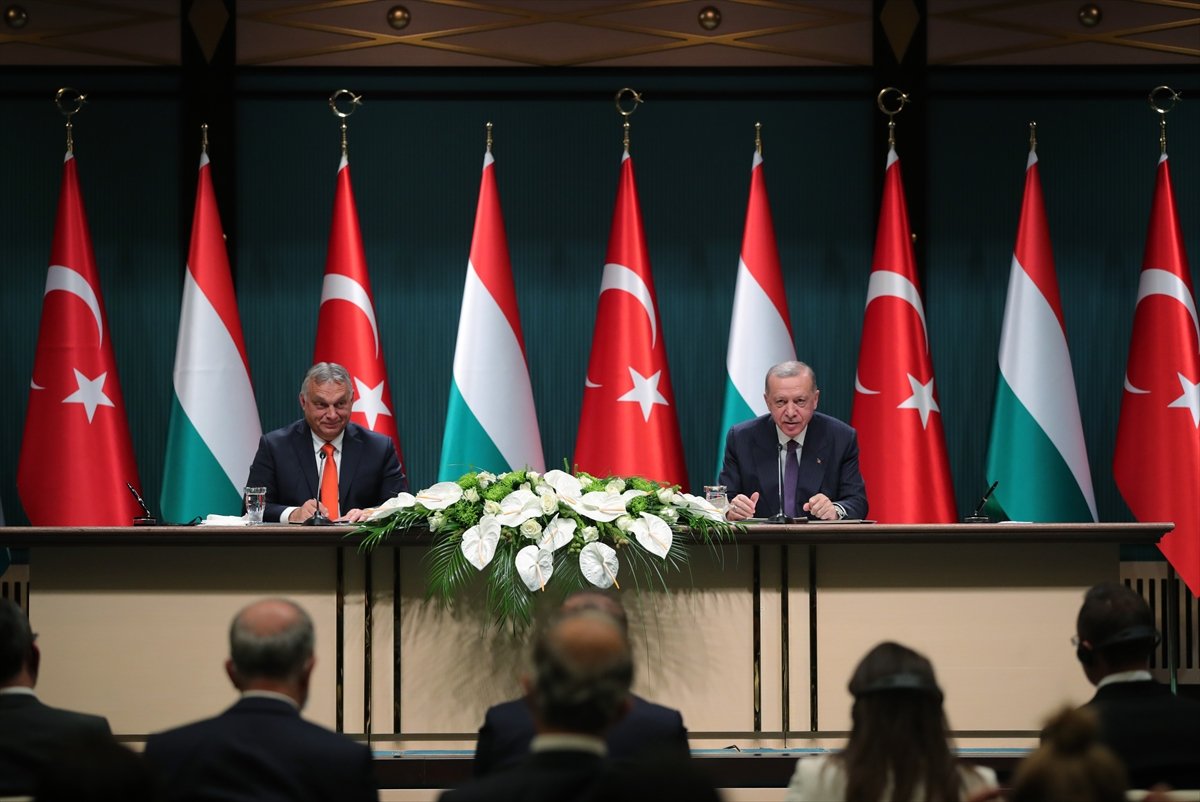 ORBAN SAYS THEY SHOULD HELP TURKEY ON MIGRATION

He said that Europe was in need of allies, and if such a perimeter is not established, the continent would be in a "difficult situation."

"We should help our Turkish friends on migration. The EU should support Turkey as much as possible."

Turkey already hosts 4 million refugees, more than any country in the world, amid signs that a new wave of Afghan refugees might head towards Turkey and the EU.

BILATERAL RELATIONS ON THE TABLE

Erdoğan also said that the two had discussed bilateral relations, international and regional issues, and economic and commercial ties during the meeting.

He noted that the current trade volume between the two countries was $3-4 billion, he said they aimed to raise this figure to $6 billion.

Saying that 2024 would be celebrated as Turkey-Hungary Cultural Year, Erdoğan thanked Orban and Hungarian officials for the return to Turkey of 101 pieces of historical artifacts on Thursday.

This cooperation "showed the entire world that an effective fight" against the smuggling of cultural assets is possible.

The historical artifacts were seized by Hungarian security forces during an operation in October 2016.