Turkish Foreign Minister Mevlüt Çavuşoğlu said the Black Sea region "is our common home", noting the necessity of keeping the region "away from tensions.

Çavuşoğlu arrived in Romania's capital Bucharest on Thursday, and attended a joint news conference with his Romanian and Polish counterparts following a trilateral meeting on Friday.

The Turkish foreign minister began his remarks by expressing his thanks to Romanian Foreign Minister Bogdan Aurescu for organizing the meetings on Thursday and Friday, recalling that the two officials had addressed a panel on 10 years of strategic partnership at the Romanian diplomatic Institute. 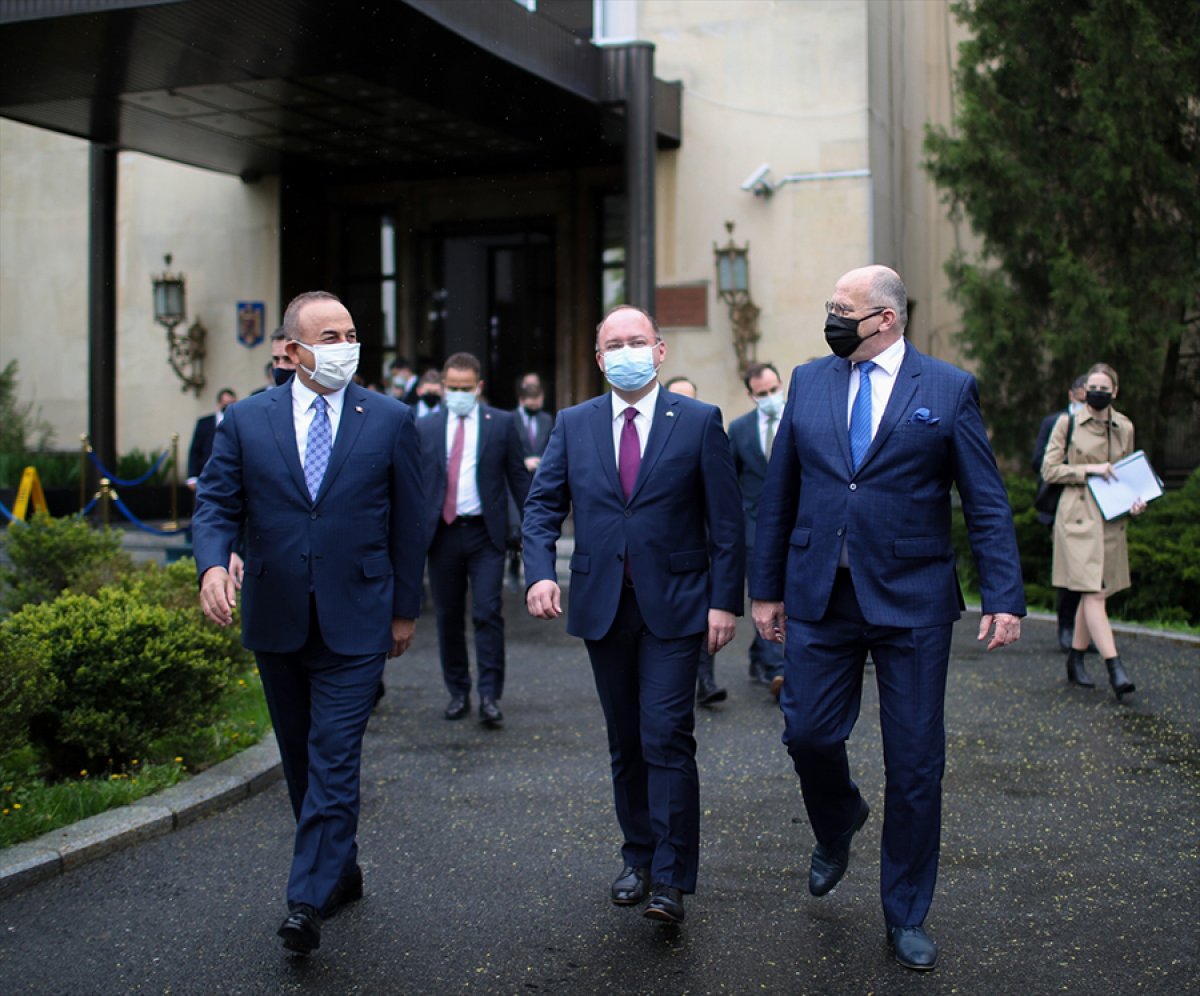 "Our relations set an example for the whole region," said Çavuşoğlu, noting that he was received by Romanian President Klaus Iohannis and that he had extended "the warm wishes of my (Turkish) President Recep Tayyip Erdogan."

Telling that the "Trilateral Meeting of Ministers of Foreign Affairs of Turkey, Poland and Romania" is not a forum for discussions only, Çavuşoğlu said: "It produced many cooperation projects as well. And today we exchange ideas on the recent NATO foreign ministers meeting, and the upcoming NATO Summit in June."

"Today I stressed the importance of unity and solidarity," he added.

Stressing that "the Black Sea region is our common home," the Turkish minister said: "We must make sure this region is kept away from tensions. We are all concerned about recent developments in and around Ukraine. However, we are getting promising news recently, and we hope dialogue and diplomacy will prevail."

In recent weeks, Russia has gathered combat-ready forces close to the Ukrainian border in what is considered "the largest massing of Russian troops since the illegal annexation of Crimea in 2014," according to NATO Secretary-General Jens Stoltenberg.

Ukraine has been plagued by conflict in its eastern regions since March 2014, following Russia’s illegal annexation of Crimea.

Fighting between Ukrainian government forces and pro-Russian separatists in eastern Ukraine has left more than 13,000 people dead, according to the UN.

He said "pressing issues" such as Afghanistan, NATO's 2030 strategy, and the upcoming NATO summit are to be addressed together.

"We discussed all these issues, and we will continue to coordinate our policies," Çavuşoğlu added.

The Turkish minister ended his remarks by expressing eagerness to host his Romanian and Polish counterparts for next year's meeting. 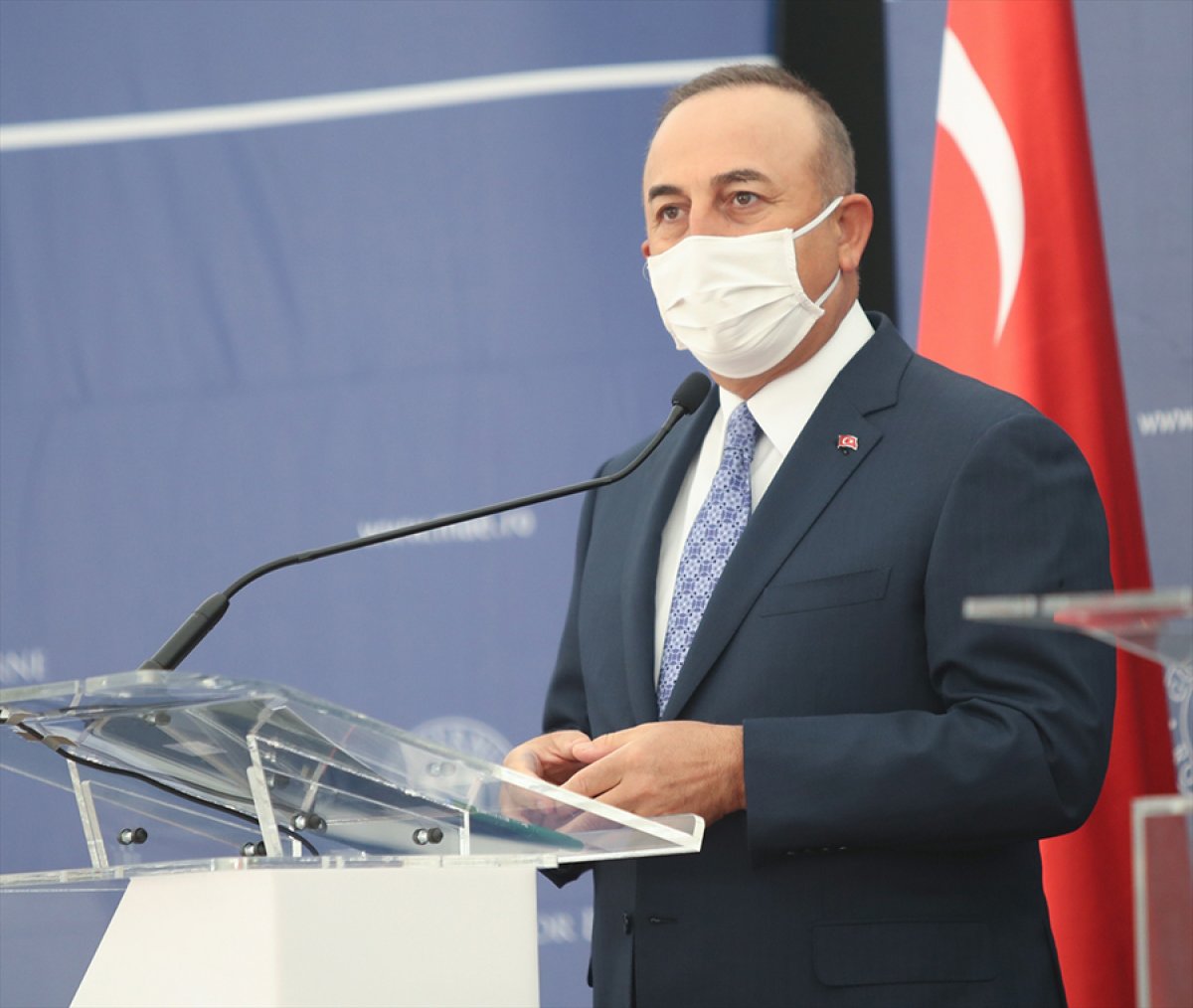 "We have confirmed our strong commitment to regional security and stability from the Baltics to the Black and Mediterranean seas," he added.

Reminding that the trilateral cooperation among Turkey, Romania, and Poland is not only political but also has a military dimension, Rau said: "I'm particularly pleased with Polish military contingent will soon be operational in Turkey."

The Polish minister further expressed solidarity to Ukraine and Georgia amid ongoing tensions.

"We want to use our meeting to express solidarity and support for Ukraine and Georgia. We'll be also discussing potential for strengthening NATO cooperation with both countries to strengthen resilience, and to bring them closer to fulfilling the Euro-Atlantic aspirations," he added.

The crisis between the ruling party and opposition in Georgia, ongoing since the general elections on Oct. 31, 2020, was exacerbated by the arrest of Nika Melia, the head of the main opposition United National Movement Party, on Feb. 23.

In the general elections, most of the opposition parties that crossed the election threshold did not enter parliament, objecting to the election results. The opposition continued protests despite the government's call and demanded early elections.

Government officials, however, called on the opposition to enter parliament, saying the elections were held in a very transparent and democratic way and there was no need for new elections.