Baghdadi's aide seized by Turkey was key to his capture

Trump said Daesh's leader died alongside three of his children when he detonated an explosives-laden vest after fleeing into a dead-end tunnel during the attack.

In their long hunt for Abu Bakr al-Baghdadi, Iraqi intelligence teams secured a break in February 2018 after one of the Daesh leader’s top aides gave them information on how he escaped capture for so many years, said two Iraqi security officials.

Baghdadi would sometimes hold strategy talks with his commanders in moving minibuses packed with vegetables in order to avoid detection, Ismael al-Ethawi told officials after he was arrested by Turkish authorities and handed to the Iraqis. 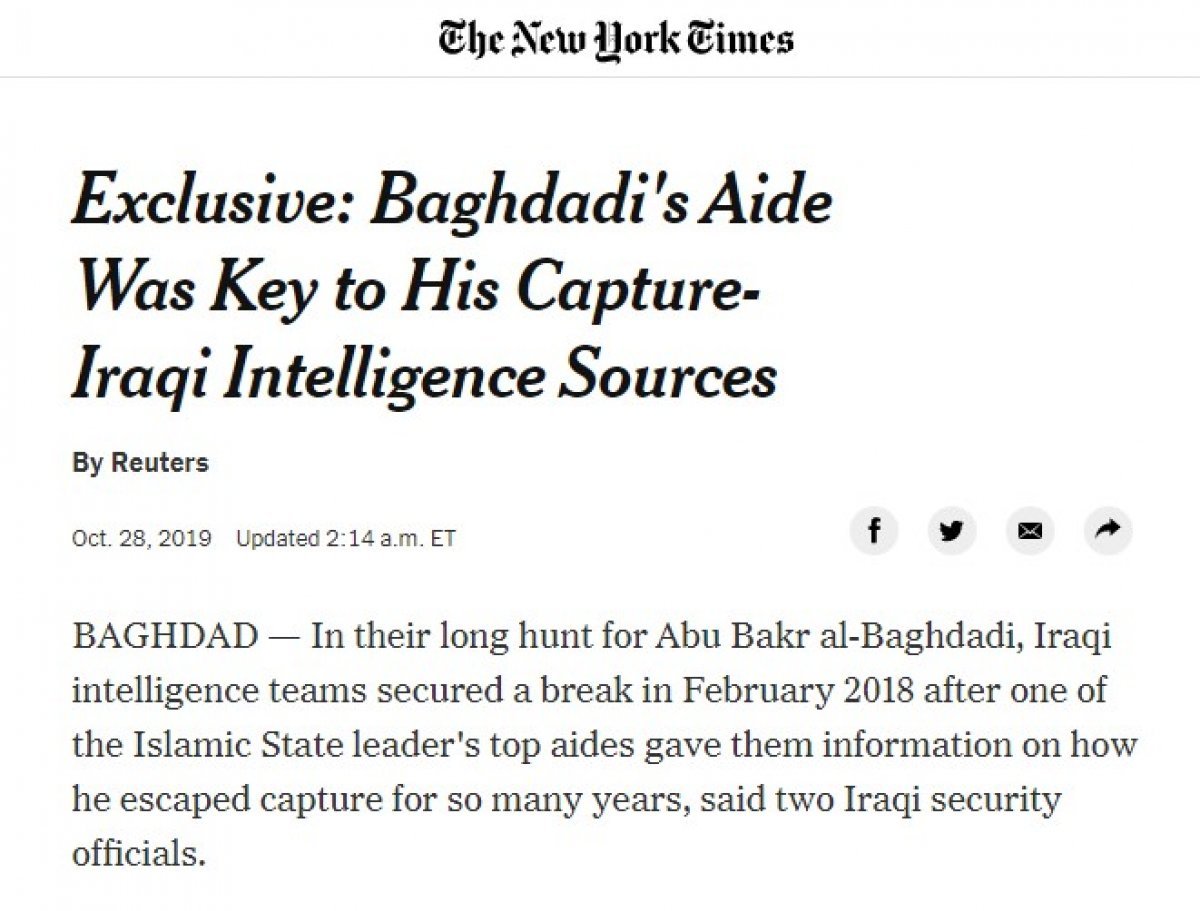 "Ethawi gave valuable information which helped the Iraqi multi-security agencies team complete the missing pieces of the puzzle of Baghdadi’s movements and places he used to hide," one of the Iraqi security officials said.

"Ethawi gave us details on five men, including him, whom were meeting Baghdadi inside Syria and the different locations they used," he told Reuters.