A total of 11 Azerbaijani soldiers have been martyred, including high-ranking officers, and another four wounded in fighting with Armenian forces since Sunday.

The president of Azerbaijan described Armenia as a "fascist state" Wednesday because of its recent attack on Azerbaijan's civilian settlements where one civilian was killed.

"WE HAD NO PURPOSE TO CONTROL ARMENIA"

“Armenian forces could not enter Azerbaijan in one centimeter of soil and will never be able to do this,” Ilham Aliyev said during a Cabinet meeting.

Stressing Armenia started clashes at the border Monday and attacked an Azerbaijan position in the Tovuz region, he said, “If we wanted to, we could control most of the land in that region of Armenia today. But we had no such purpose.” He said the Armenian army opened fire on civilian settlements of Azerbaijan and a 76-year-old civilian was killed. 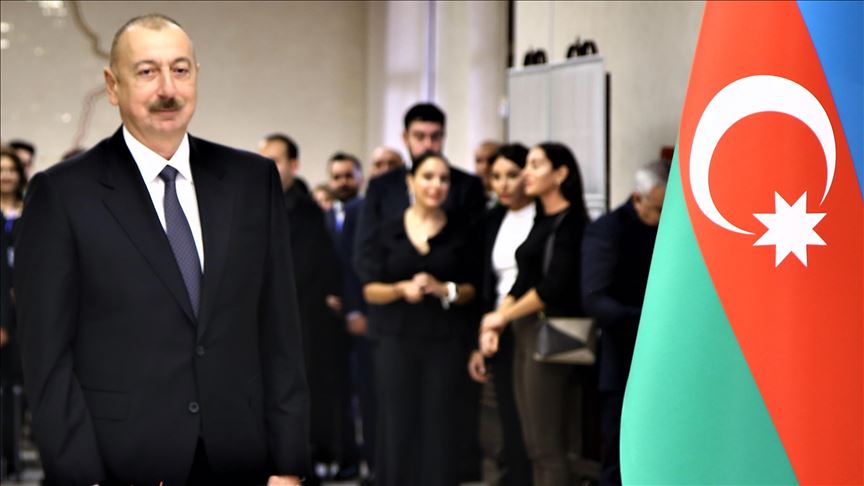 "This reveals again that Armenia is a fascist state," he said and emphasized Azerbaijan is determined to ensure territorial integrity and will not take a step back in Upper-Karabakh.

The whole world saw again that people of Turkey and Azerbaijan are real brothers, said Aliyev as he thanked Turkey for its support and Turkish President Recep Tayyip Erdoğan.