The Arab League has completely rejected US President Donald Trump's Middle East plan during an emergency meeting in Egypt's capital.

The Arab League on Saturday announced that it rejected US President Donald Trump's so-called peace plan for the Middle East.

In a statement following an extraordinary ministry-level session requested by Palestine, the pan-Arab body said it would not consider the proposed plan announced last week in Washington.

"THE PLAN DIDN'T MEET THE RIGHTS OF PALESTINIANS"

According to the statement that followed the meeting held in Egypt's capital Cairo, the plan would not lead to peace, but would rather be an obstacle in the 30-year peace process.

Asserting that the "unfair" plan did not meet the minimum rights and aspirations of the Palestinian people, the statement announced that the members agreed not to cooperate with Washington in its  implementation. 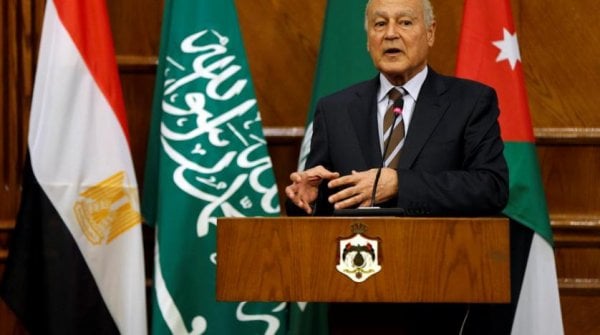 It added that Israel would be solely responsible for the consequences of such policies, warning Tel Aviv against any unilateral actions on the plan.

Egyptian Foreign Minister Sameh Shoukry announced full support during the meeting for the establishment of an independent Palestinian State with its capital in East Jerusalem, according to the 1967 borders.