Aliyev: Turkey must be involved in the solution process

Azerbaijan’s President Ilham Aliyev said on Monday he did not know when talks with Armenia over the Nagorno-Karabakh dispute would start, but that Turkey should involved in a the solution process, as pressure mounted on a fragile ceasefire between the warring sides.

"TURKEY SHOULD BE AMONG THE CO-CHAIRS"

Aliyev said the Minsk group, formed to mediate the conflict and led by France, Russia and the United States, was biased, and that Turkey, which he described as a global power due to its involvment Syria, Libya and other international conflicts, must be involved in the solution process.

“Turkey is also a member of the Minsk group, why shouldn’t it be among the co-chairs? Even if many Western countries do not want to accept it, Turkey’s word is big, it’s fully independent,” he said. 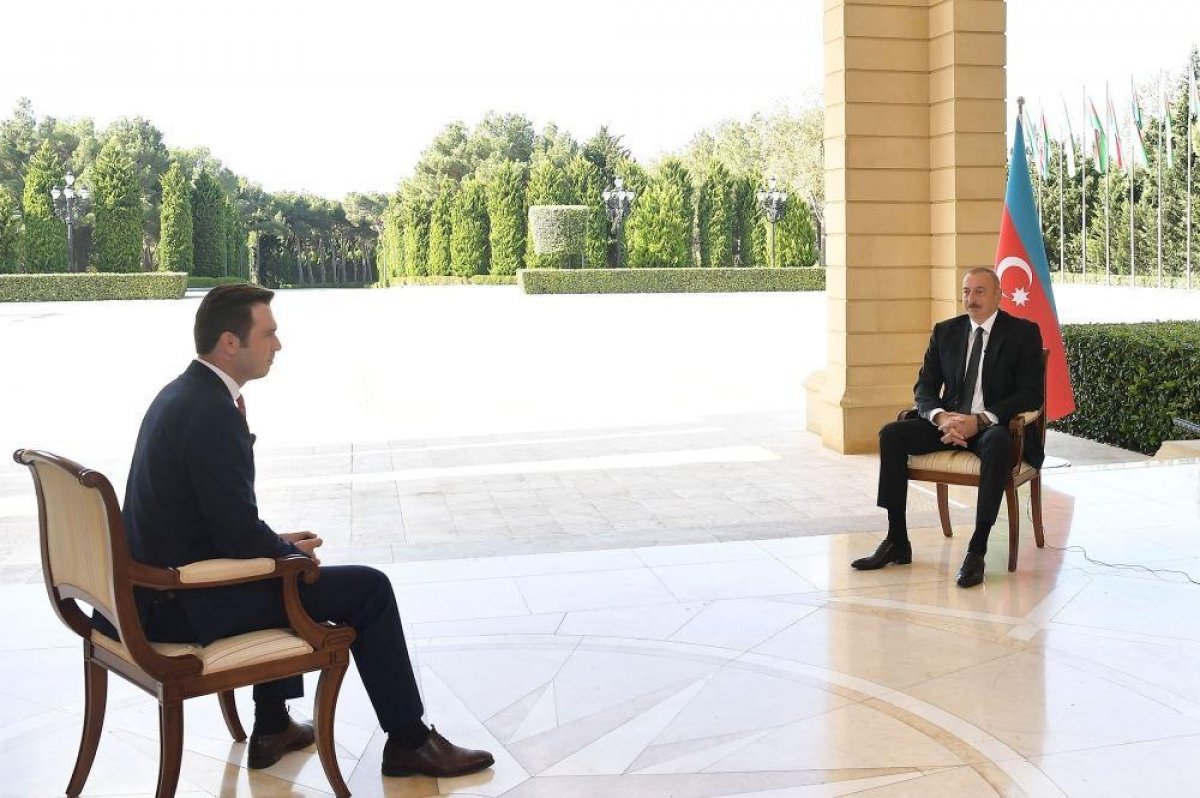 Following meetings in Moscow on Oct. 10, Azerbaijan and Armenia agreed on a humanitarian cease-fire so that conflicting sides could retrieve bodies left on the battlefield in Nagorno-Karabakh and hold prisoner exchange.

The clashes began on Sept. 27, when Armenian forces targeted civilian Azerbaijani settlements and military positions in the region, leading to casualties.