Erdoğan encouraged citizens to bring back to the economy 5,000 tons of gold 'kept under the mattress.'

Turkish President Recep Tayyip Erdoğan on Friday called on citizens to convert their gold holdings to lira through new financial instruments introduced to shore up the currency.

"We expect our citizens and business world to support this historic breakthrough of our country, by bringing their gold savings in to the financial system," Erdoğan said during his address to the General Assembly of Anatolian Lions Businessmen Association (ASKON) in Istanbul.

On what he calls the "under-the mattress savings" of people who withdraw their assets from Turkish banks and keep them at home, he said as of the beginning of 2022, both companies and citizens “will accelerate the return to the lira.”

"The more we bring back to our economy the 5,000 tons of gold kept under the mattress, the stronger our country and nation will be," the president added. 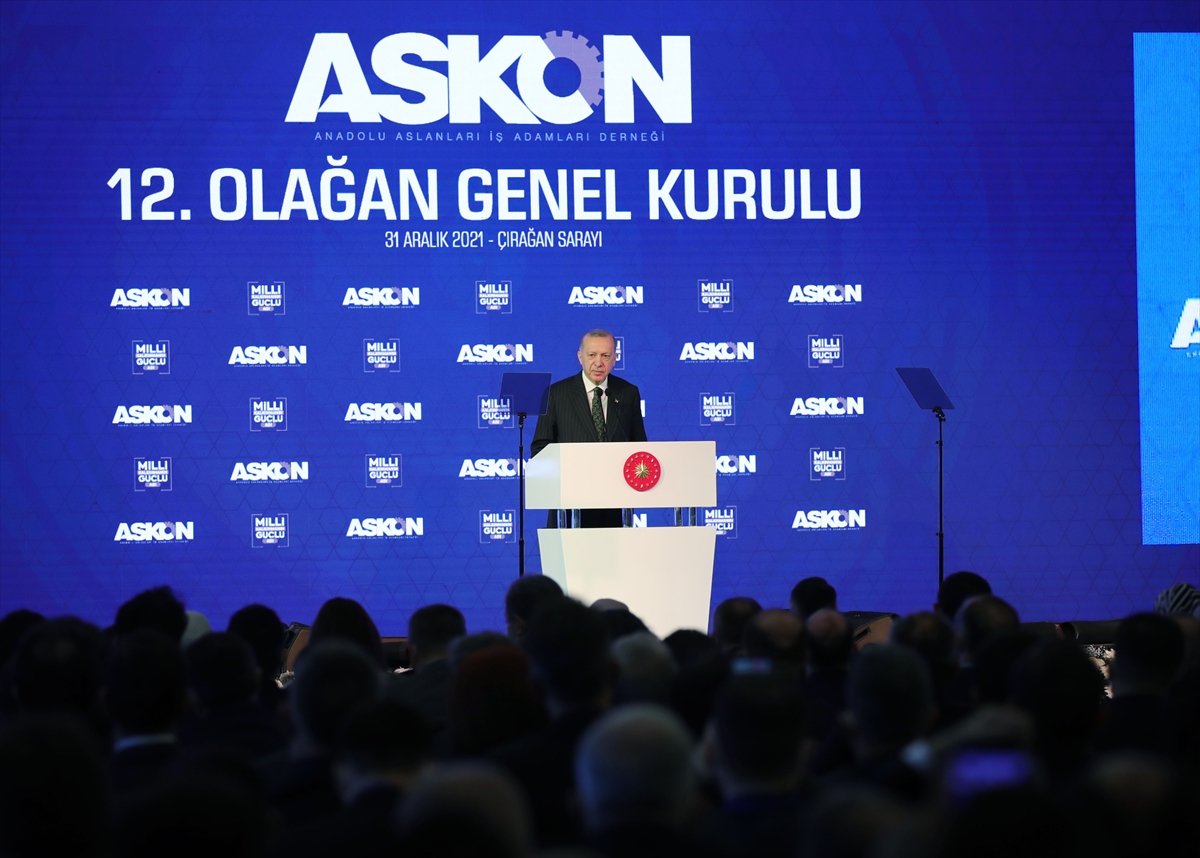 Touching on the recent fluctuations in foreign exchange rates, Erdoğan said measures are being taking to prevent sudden, harsh and unreasonable fluctuations.

The president also stressed the government has no problems on the budget side, adding: "We are closing the year with better realizations than anticipated."

On Wednesday, the Turkish Central Bank said it will give incentives to encourage people to shift from gold to lira deposits.

The move is part of ongoing efforts to prop up the Turkish lira.

According to analysts, the total amount in gold accounts currently stands at 270 billion liras ($22.4 billion), while the figure for accounts with a maturity of three months is around 15 billion liras ($1.2 billion).