Government will always support producers and those who provide employment, says Erdoğan.

Not too long from now, hopefully, Turkey will tame current price movements and currency fluctuations to a reasonable and stable line, the nation’s president said on Saturday.

The government will always back producers and those who provide employment with low-interest rates, Recep Tayyip Erdoğan said during an opening ceremony in the southeastern province of Siirt.

Touching on next year’s minimum wage, which is set to be determined this month, Erdoğan stressed: "We will relieve our low-income people a little more by setting the minimum wage at a level that will compensate for losses." 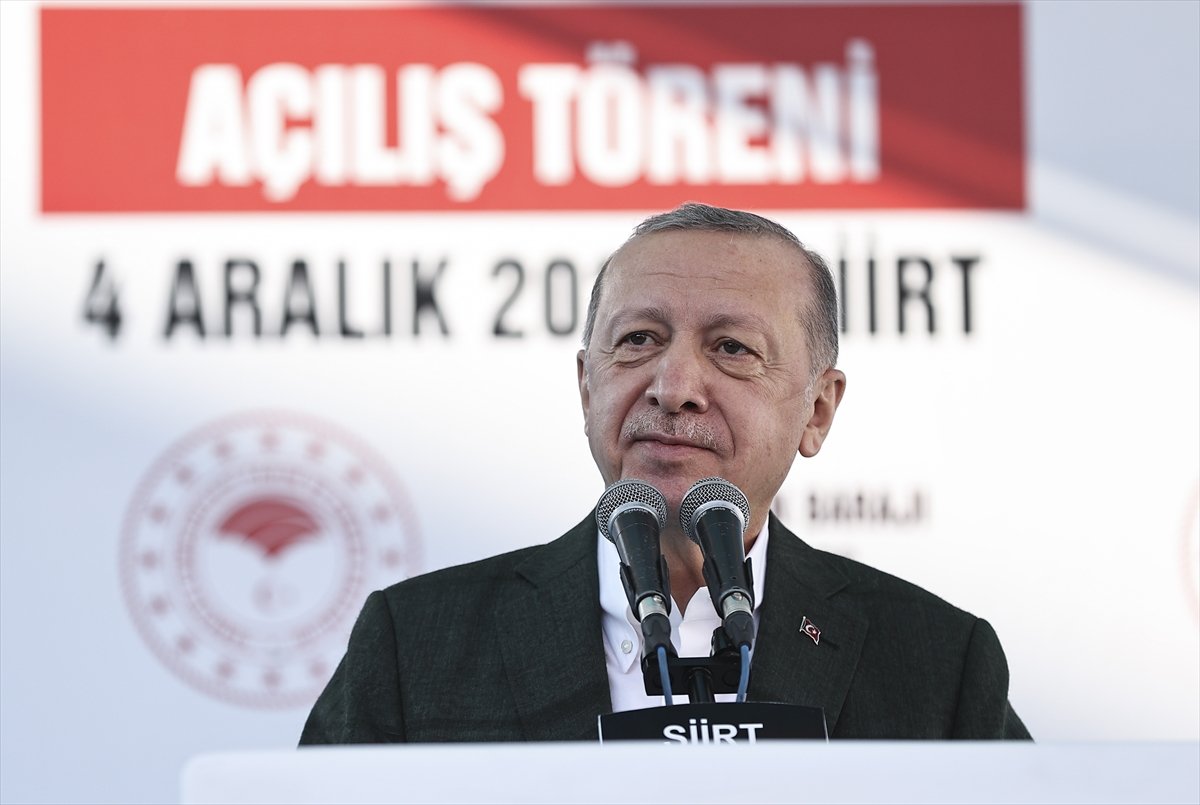 On the country's Central Bank reserves, he said that under the nearly two decades his Justice and Development (AK) Party has been in power, the bank's reserves have risen dramatically from $27.5 billion to $126 billion.

Recent interest rate cuts in Turkey have been followed by price hikes as well as the nation's currency, the Turkish lira, losing value.

Erdoğan has said the rate cuts are part of his "new economic model" and a "war of economic liberation" for Turkey.

"Interest rates are the reason, inflation is the result," Erdoğan has said, pledging that his policies will lead to high growth and broad-based prosperity.