113-meter-long vessel to be delivered to Naval Forces Command in 2023.

The first I-class vessel to be produced in Turkey's MILGEM project to build indigenous war ships will be launched on Jan. 23.

The 113-meter-long Istanbul frigate is expected to be delivered to Turkey's Naval Forces Command in 2023 and will perform advanced air defense and surface warfare, submarine defense warfare and patrol activities.

The vessel will be equipped with indigenous infrared search and tracking systems developed by Turkish defense corporation ASELSAN.

It will also be integrated with a Turkish-made electronic assault system, according to officials.

The MILGEM project is a national warship program by Turkey to develop multipurpose corvettes and frigates that can be deployed in a range of missions, including reconnaissance, surveillance, early warning, anti-submarine warfare, surface-to-surface and surface-to-air warfare, and amphibious operations. 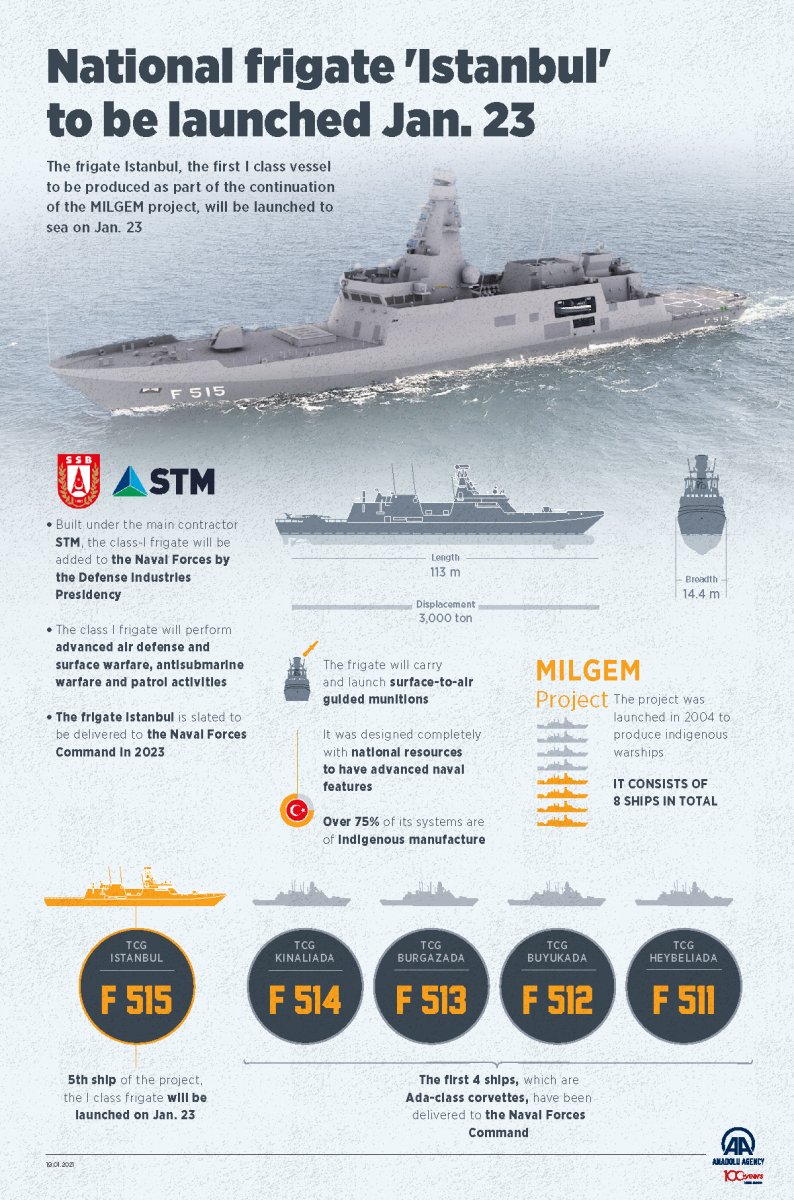