8 civilians also injured in attack, believed to be work of terrorist YPG/PKK, on 1st anniversary of Operation Olive Branch 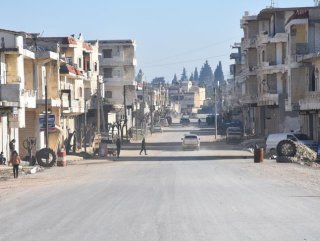 Two civilians were killed and eight injured on Sunday in a bomb attack in the northern Syrian town of Afrin.

The twin bombings are believed to be the work of the terrorist YPG/PKK, an attack mounted on the first anniversary of the start of Turkey’s cross-border counter-terrorist operation, Operation Olive Branch.

One of the bombs, targeting a bus, killed two civilians and injured eight.

The other was planted along a busy street in a garbage dumpster, but hurt no one.

Since 2016, Turkey’s Euphrates Shield and Olive Branch operations in northwestern Syria have liberated the region of YPG/PKK and Daesh terrorists, making it possible for Syrians who fled violence there to return home.

Since being rooted out from Afrin by last year’s Operation Olive Branch, the YPG/PKK has targeted civilians and security forces with terrorist attacks.

In its more than 30-year terror campaign against Turkey, the PKK -- recognized as a terrorist group by Turkey, the U.S., and the EU -- has been responsible for the deaths of some 40,000 people. The YPG/PYD is the group's Syrian branch.