Video footages of the high-speed train crash in Ankara

Footage shows trains colliding of a high-speed train crash in Ankara that killed at least 9 people and injured 86 others on Thursday morning.

A high-speed train crashed Thursday in the Turkish capital of Ankara, had killed at least nine people and injured 86. 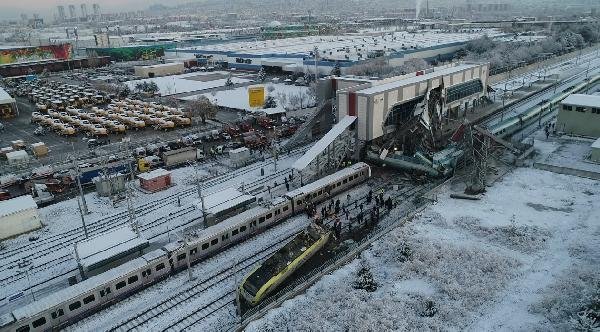 The 6.30 a.m. train from Ankara to the central Turkish city of Konya collided head-on with the engine, which was checking the tracks at the capital’s small Marsandiz station, Transport Minister Mehmet Cahit Turhan told reporters after inspecting the site. The high-speed train transits that station without stopping.

Video footages of the high-speed train crash in Ankara WATCH 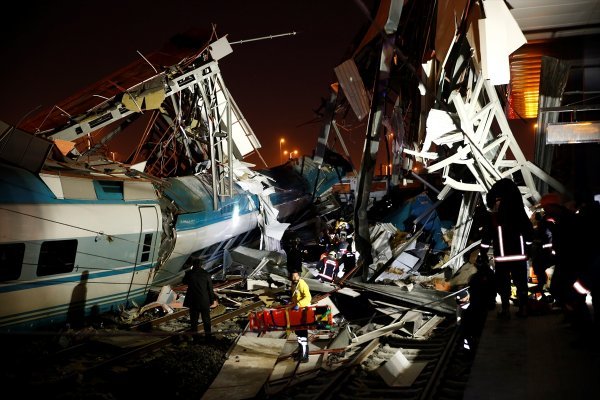 At least two cars derailed, hitting the station's overpass, which then collapsed onto the train. Three engine drivers and six passengers were killed in the crash, Turhan said. One passenger died after being hospitalized while the others were killed at the scene.