US President Trump hits back at Macron

President Trump struck back at French President Emmanuel Macron on Friday after Macron called for a “true European army”. Two leaders will discuss the statement.

"President Macron of France has just suggested that Europe build its own military in order to protect itself from the U.S., China and Russia," he said on Twitter.

"Very insulting, but perhaps Europe should first pay its fair share of NATO, which the U.S. subsidizes greatly!"

"WHO IS THE MAIN VICTIM"

Macron made the announcement Tuesday during an interview with Europe 1 radio. "We will not protect the Europeans unless we decide to have a real European army," Macron said, emphasizing Europe needs an army to reduce dependence on the U.S. Macron said Europe needs to protect itself especially from China, Russia and the U.S. “When I see President Trump announcing that he’s quitting a major disarmament treaty which was formed after the 1980s Euro-missile crisis that hit Europe, who is the main victim? Europe and its security,” Macron said. 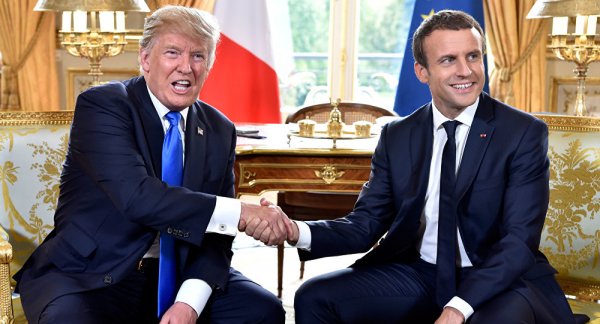 He was referring to Trump's decision last month to withdraw the U.S. from the 1987 Intermediate-range Nuclear Forces treaty, which banned ground-launched nuclear missiles with a range of 500– 5,500 kilometers (310-3,420 miles).

The agreement was signed between Russia and the U.S., and was largely designed to stave off the prospects of nuclear war in Europe. 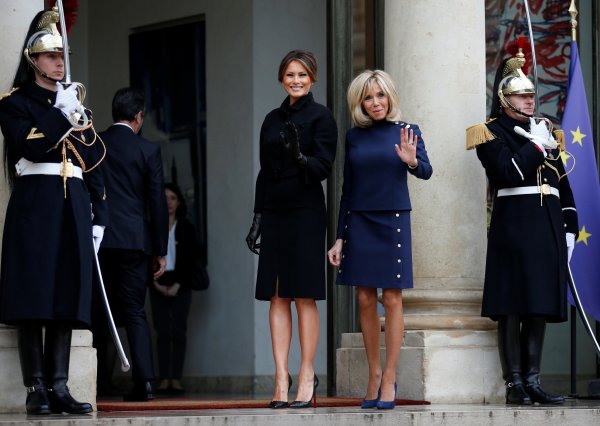 The journalists asked Trump about Macron's last statements. Trump, "We want a strong Europe, it's very important to us. We want to help Europe but it has to be fair. Right now the burden sharing has been largely on the United States." said. 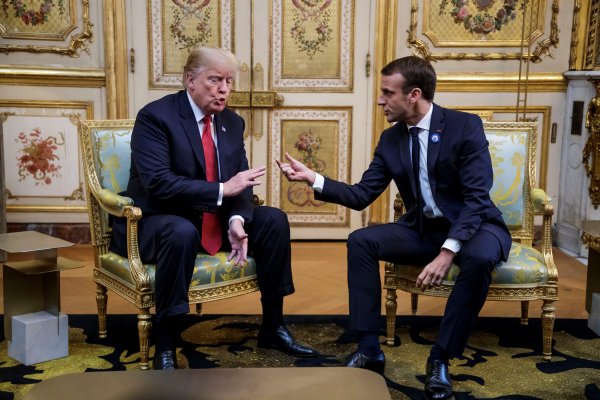