US’ new Secretary of State warns Turkey over Russian S-400s

US Secretary of State Mike Pompeo on Friday told that US was seriously concerned over Turkey’s decision to buy Russian S-400 surface-to-air missile batteries.

Hours after being confirmed as US President Donald Trump’s new secretary of state, US Secretary of State Mike Pompeo attended a NATO foreign ministers meeting at the Alliance's headquarters in Brussels on Friday.

After the meeting between Pompeo and Turkish Foreign Minister Mevlut Cavusoglu on the sidelines of a NATO foreign ministers session, Pompeo has mentioned that US is concerned over Turkey’s decision to buy Russian S-400s. 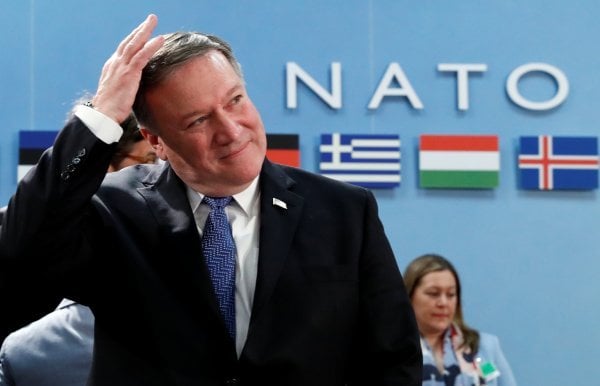 During the meeting, Pompeo also raised concerns about the detention of Pastor Andrew Brunson, who has been in jail since December 2016. Turkey had signed an agreement with Russia for S-400 missiles, reportedly worth $2.5 billion, in late December.

Foreign Minister Cavusoglu told Turkish broadcasters after the meeting that the S-400 deal was completed but that Turkey would be open to purchasing other defense systems from its allies. “We have completed the S-400 process. That is a done deal.” he said. “But we need more air defense. We can discuss what we can do for further purchases.”