'US exit from Iran nuclear deal will damage transatlantic relations'

German Foreign Minister Heiko Maas has said that the US’ withdrawal from the Joint Comprehensive Plan of Action (JCPOA) damaged the transatlantic relations in the long-term perspective.

According to the Der Spiegel magazine’ report on Friday, German Foreign Minister Heiko Maas said that Washington's unilateral decision to leave the deal would have the long-term negative consequences for the EU-US ties.

"WE ARE READY TO TALK"

"The changes that are taking place in the United States have been affecting the transatlantic relations for a long time. We are ready to talk, hold negotiations, but also stand our ground if needed." Maas said. "We believe that it is important to keep the agreement, as it is the only deal, which formally deters Iran from implementing nuclear weapons program." he added. 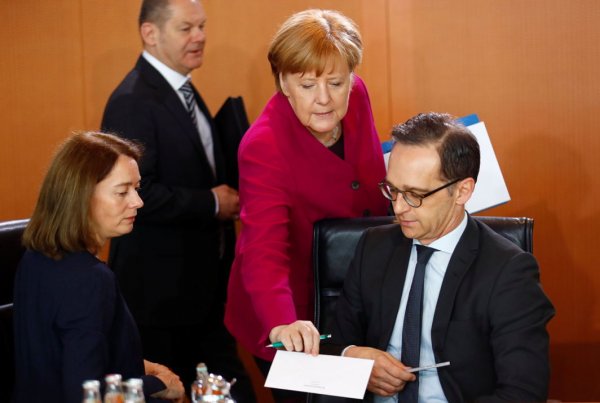 Germany Prime Minister Angela Merkel had spoken of her regret following US President Donald Trump's decision to torpedo the Iran nuclear deal. “I believe it is wrong to unilaterally tear up the agreement, which was agreed on and which was unanimously approved by the UN Security Council" Merkel had said while addressing an audience at a Catholic conference in Muenster.