UK to establish military base in Kuwait

Local media say the British military base will be used for training the Kuwaiti army. 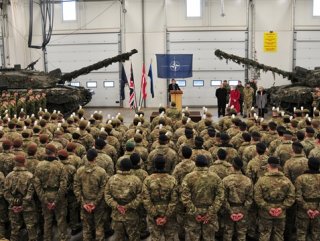 The United Kingdom and Kuwait have reached an agreement to establish a British military base in the Gulf state, local Kuwaiti media reported Thursday.

The private Alrai newspaper said the two countries concluded a deal to establish the British military base in Kuwait.

The daily, citing diplomatic sources, said officials from both countries will meet on Thursday to discuss aspects of cooperation between the two sides. The newspaper also quoted Kuwaiti Foreign Minister Khaled al-Jarallah while denying any link between the British base and a border dispute between Kuwait and Saudi Arabia. “Our dispute with our brothers in Saudi Arabia is brotherly,” he said. “I can term it as a misunderstanding.” 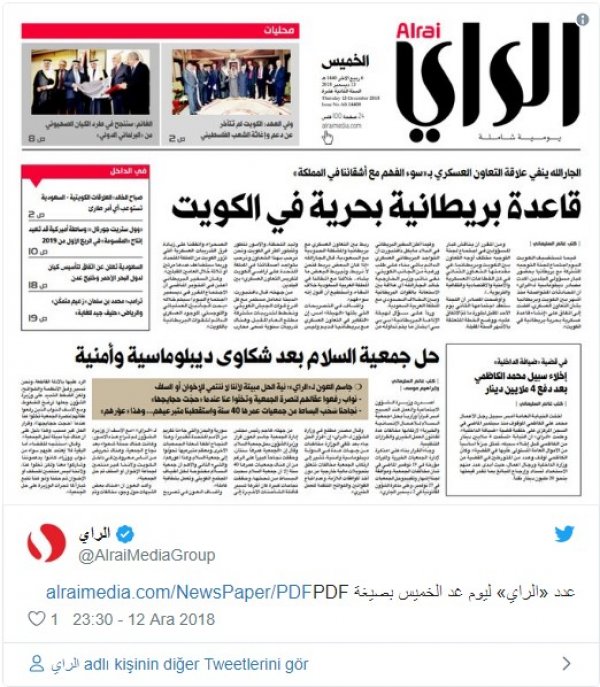 The private al-Qabas newspaper also said Thursday’s meeting between Kuwaiti and British officials will discuss the establishment of a British military base to train the Kuwaiti army. The newspaper, citing unnamed sources, said the U.K. base will be limited and will be opened soon.

There was no comment from Kuwaiti or British authorities on the report.

The British ambassador to Kuwait Michael Davenport earlier said in an interview with Forces Network that London was considering a permanent military presence in Kuwait. “We’re looking at all the possibilities. We’re not talking about a major deployment I don’t think, but we’re looking at what might work for both the United Kingdom and for Kuwait. As I say, it’s at a very early stage,” he said.