Theresa May faces House of Commons, admitting her deal would suffer a heavy loss.

UK Prime Minister Theresa May addressed the lower house of Parliament or House of Commons on Monday after delaying a historic vote on her Brexit deal, admitting that it would have been rejected.

“As a result, if we went ahead and held the vote tomorrow, the deal would be rejected by a significant margin,” she said, admitting that her deal was unpopular. “We will therefore defer the vote scheduled for tomorrow and not proceed to divide the House at this time.”

The shock announcement is a humiliation for May as Downing Street was adamant that voting on the agreement would go ahead as planned, with cabinet ministers publicly stating it would not be postponed.

MAY: I AM IN NO DOUBT ABOUT THE DEAL

May was confident that her deal would pass through Parliament and had repeatedly announced that this was the only deal that would work for the UK, noting she had no intention of renegotiating the agreement with the European Union.

She had also warned parliamentarians that the only alternative to her deal was a no-deal Brexit that would plunge the UK into economic and political oblivion. Her warning went unheeded, however, as many as 100 Tory MPs and the majority of the opposition had publicly stated that they would vote against her deal as well as the Democratic Unionist Party, the Northern Irish party that is propping up May’s flailing government. 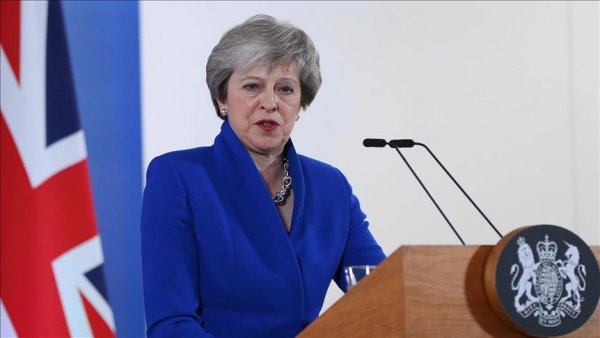 “Mr. Speaker, having spent the best part of two years poring over the details of Brexit, listening to the public’s ambitions, and yes, their fears too, and testing the limits of what the other side is prepared to accept, I am in absolutely no doubt that this deal is the right one,” May said. “It honors the result of the referendum. It protects jobs, security and our Union. But it also represents the very best deal that is actually negotiable with the EU,” she added.

May will now seek to renegotiate her deal with the EU and make the points of contention more attractive to MPs, particularly the backstop arrangement regarding Northern Ireland, and will have until Jan. 21 before it will be put to vote in parliament.

Upon hearing of the postponement of the vote, the EU stated that they will not renegotiate the deal with London and have stepped up preparations for a no-deal Brexit.