The move came a day after Trump signed an executive order curbing protections for social media companies after Twitter labeled two of his posts potentially misleading.

"....These THUGS are dishonoring the memory of George Floyd, and I won’t let that happen. Just spoke to Governor Tim Walz and told him that the Military is with him all the way. Any difficulty and we will assume control but, when the looting starts, the shooting starts. Thank you!" Trump wrote in the hidden tweet about the riots following the death of a black man in arrest. 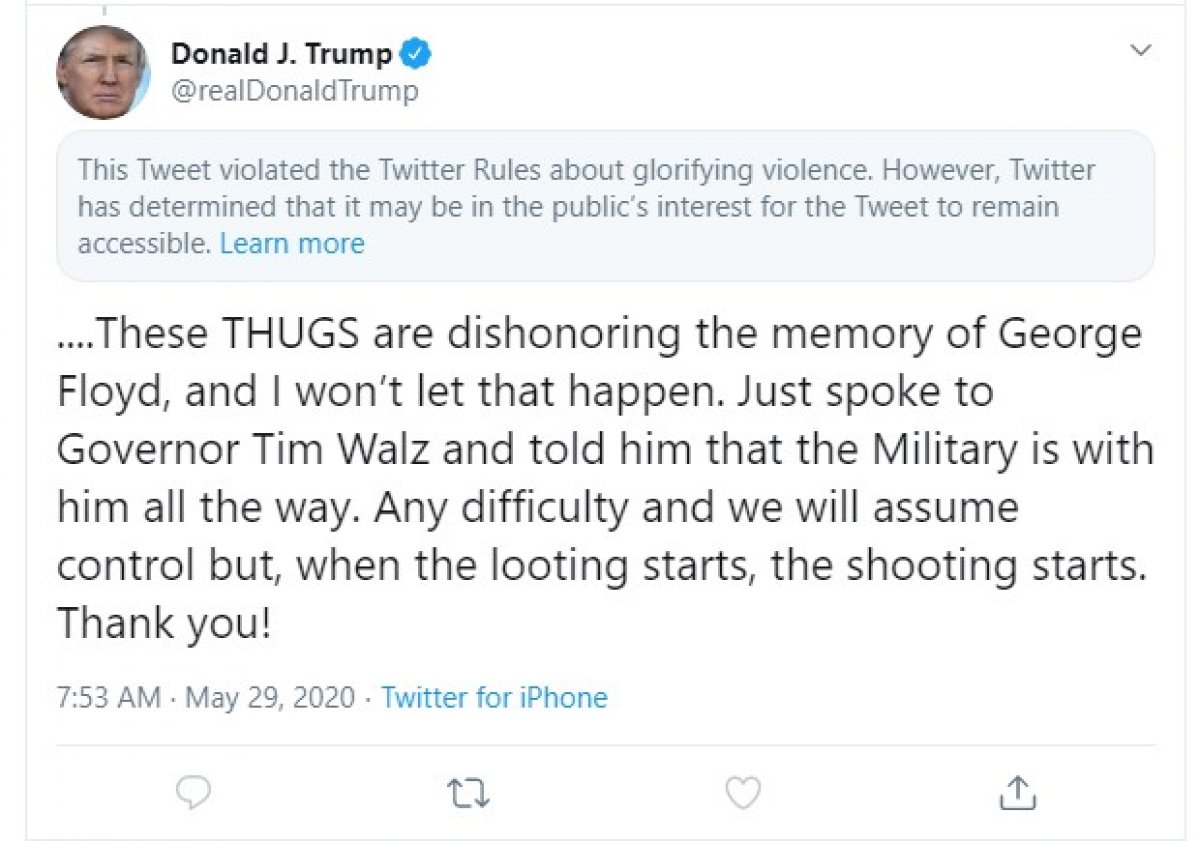 It is the first time such a warning has been applied to the President's tweets. The censorship also means people can't reply or retweet the post.

Floyd's death elicited rage and thousands have flooded to streets of Minneapolis to voice that black lives matter.