Turkish military forces have entered the outskirts of the northern Syrian town of Manbij as part of a deal agreed with the US.

Armoured vehicles of Turkish Army were stationed around Sajur stream which divides Jarablus town, in the Operation Euphrates Shield area and Manbij. The joint forces carried out patrols in an area overlooking the US base in Syria's Dadat town. 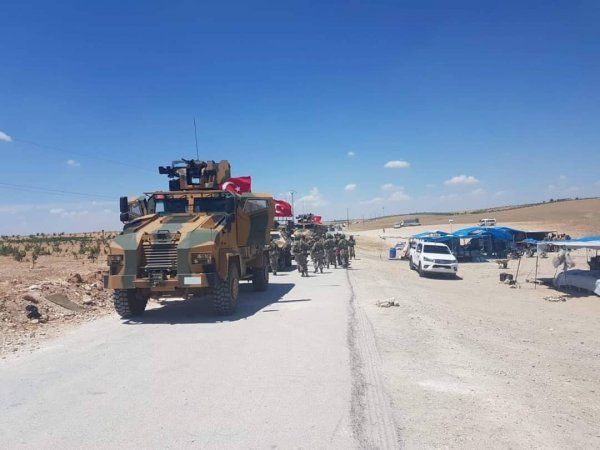 The patrols, in line with the roadmap on Manbij, lasted around three hours. The roadmap was first announced after a meeting in Washington last week between Turkish Foreign Minister Mevlüt Çavuşoğlu and US Secretary of State Mike Pompeo. 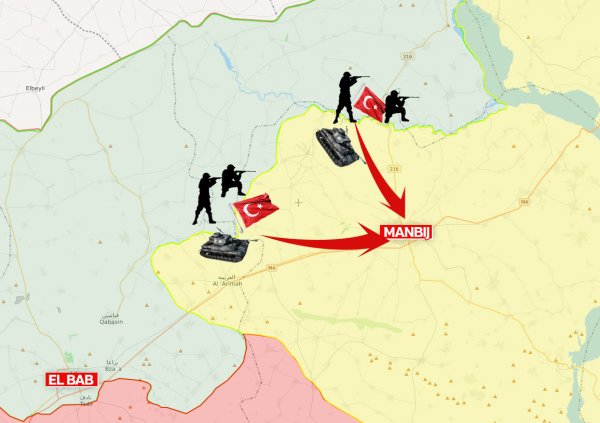 The deal focuses on the withdrawal of PKK-affiliated YPG terror group from the northern Syrian city and stability in the region. Should the model prove to be a success, Turkey will push for a similar arrangement in eastern Syria.

In its over-30-year terrorist campaign against Turkey, the PKK has taken some 40,000 lives. The YPG/PKK is its Syrian branch. Turkey has said the presence of terrorist forces near its border constitute a threat, and has launched military operations and other efforts to rid the region of terrorists.