Turkey's Foreign Minister on Tuesday said Turkish citizens deserve visa-free travel to Europe and that the government continues to work on that.

In a joint press conference with other ministers after 5th meeting of the Reform Action Group in capital Ankara, Foreign Minister Mevlüt Çavuşoğlu stressed there are significant delays and disruptions in the EU funding for refugees in Turkey.

The foreign minister also criticized the EU’s decision to cut Turkey’s pre-accession assistance. "If [EU] think that they are punishing Turkey, they are wrong," Çavuşoğlu said.

"US'S AIM TO TRAIN TERRORISTS IS A BETRAYAL"

Speaking about free visa for Turkish citizens, "Our citizens deserve visa-free travel to Europe. We continue our works to get this unjust requirement lifted," he stated.

Referring to the situation in northern Syria, Çavuşoğlu said if the US's aim is to train YPG terrorists, it is “profoundly wrong and betrayal to the region which Turkey cannot tolerate”. 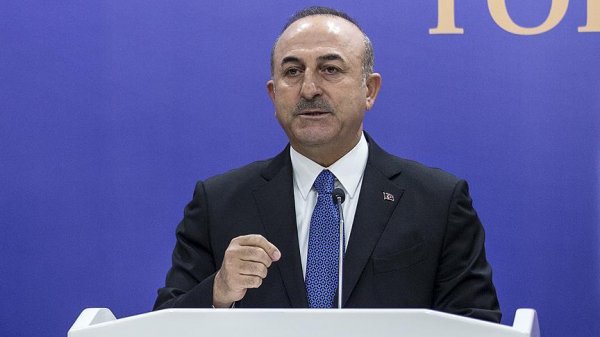 A joint statement released after the news conference said both the EU and Turkey will benefit the immediate beginning of negotiations to update Customs Union. Financial aids serve as important instruments in Turkey's EU adaptation, the statement added. It also said Turkey expects the EU to increase its political, financial and technical support in the following period.

“Although our EU membership process is being prevented politically, Turkey will continue its works for adaptation to EU standards decisively," the statement stressed.