Journalists following the Operation Peace Spring on Turkey-Syria border were the target of a sniper attack by the YPG on Oct. 11.

YPG/PKK terrorists attacked on October 11, 2019 a building where journalists were present in the Nusaybin district of southeastern Mardin province, with two reporters slightly wounded.

According to an Anadolu Agency correspondent, the terrorists targeted the building with long-range weapons from YPG/PKK occupied areas across the Syrian border

The militants twice targeted the terrace of a hotel building where a group of journalists were in. Two reporters were slightly injured during the attacks. Security forces escorted the journalists out of the building to a safe location following the second attack.

Nusaybin Local Governor Mehmet Balıkçılar, during a visit to the journalists, said the terrorists targeted civilians. 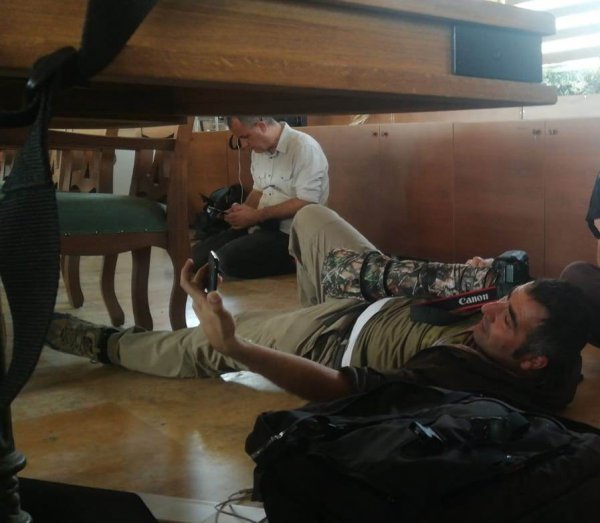 "We had three martyrs yesterday, two of them children, and now they targeted journalists," he said, recalling a YPG mortar attack on Oct. 10 which killed three civilians. 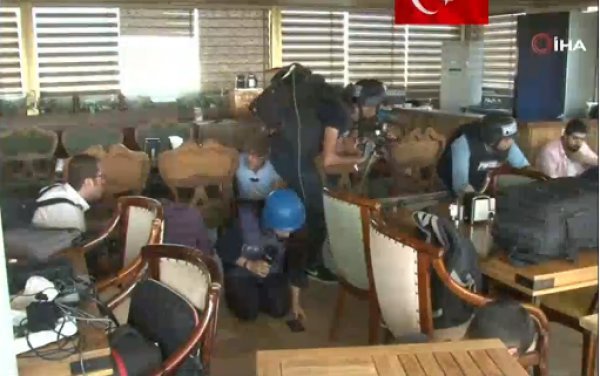 "The appropriate response to these attacks is being given. The daily life in our town continues without any disruption, everything is under control," Balıkçılar said. 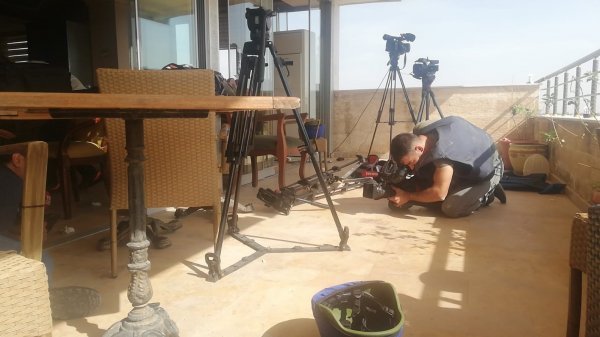