Since Jan. 1, the number of terrorists who surrendered to Turkish security forces rose to 24 with the latest additions.

ONE OF THE TERRORISTS WAS ON THE GREY LIST

In a statement, the ministry said Turkish security forces persuaded the terrorists to surrender in Şırnak province.

It added that one of the terrorists was on Turkey's wanted list in the grey category and with a bounty of up to 500,000 Turkish liras (roughly $84,000). 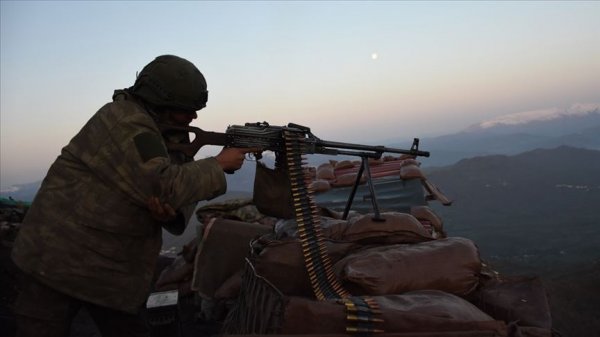 The wanted list is divided into five color-coded categories, with red as the most wanted, followed by blue, green, orange and grey.