Terror supporters hurl potatoes and stones at vehicles, accusing America of lying as troops withdraw due to the 120-hour agreement.

The US has started withdrawal from military bases in the northeastern Syrian province of Al-Hasakah to northern Iraq.

STONES AND ROTTEN FRUITS WERE THROWN

The move comes following a recent troop pullout from the cities of Raqqah, Ayn Al-Arab (Kobani) and Ain Issa in northern Syria. According to local sources, US forces started late Sunday to withdraw troops from Ash Shaddadi, Life Stone (Istirahat Al-Wazir) and Mount Abdulaziz military bases and two other military points in the province occupied by the YPG/PKK terrorist group.

A group of men chased US military vehicles as it left Qamishli to throw stones and rotten fruit at it.

Another video showed a convoy of armored vehicles driving through the northeastern region in Syria. People in the road hurled potatoes and stones at the vehicles, shouting, "F*** you!”

The troops were pulled out temporarily to Tal Beydar military base northwest of Al-Hasakah province before being moved to northern Iraq through Semalka border crossing. Following the withdrawal, US warplanes struck Mount Abdulaziz military base, which has radar systems, the sources said.

So far, the US has evacuated four bases and two military points in Al-Hasakah province and is expected to withdraw soon from Rmelan, its last base in the province. 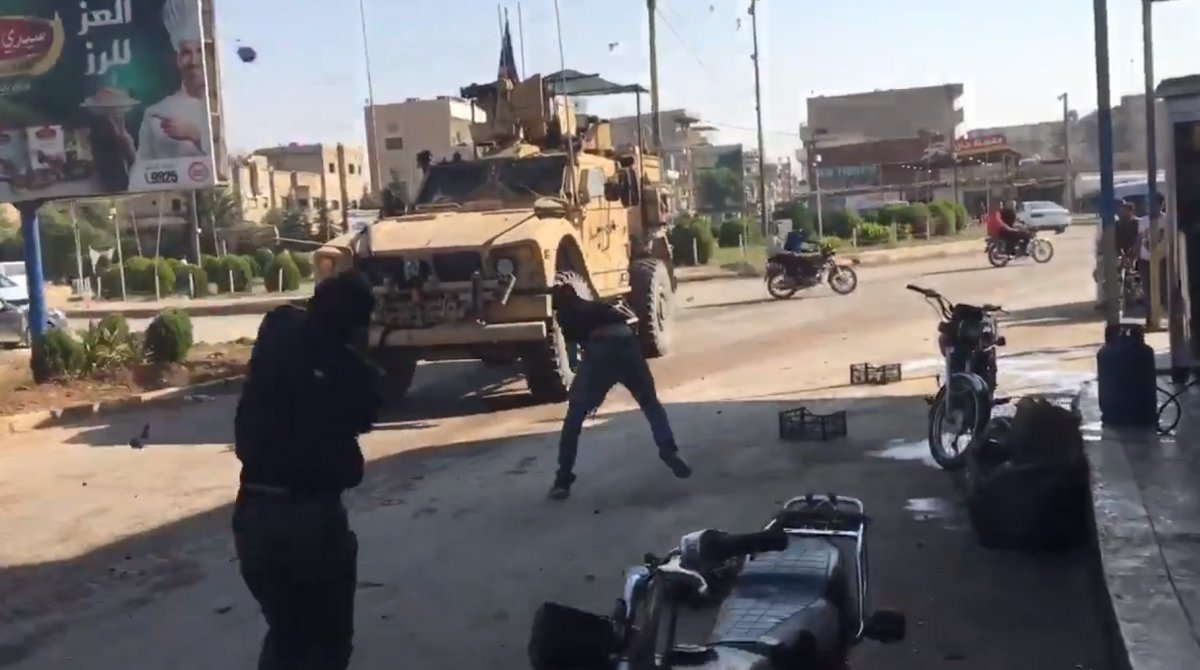 The U.S. forces have begun to withdraw from Syria shortly before Turkey launched Operation Peace Spring on Oct. 9 to eliminate terrorists from northern Syria in order to secure its border, aid in the safe return of Syrian refugees and ensure Syria’s territorial integrity.