Turkey’s picturesque Cappadocia region in the central Nevşehir province has attracted 1 million tourists in the first five months of this year, according to official figures.

Slowdown during the pandemic

While it hosted over 1.1 million visitors in the same period of 2019, the number of tourists who visited Cappadocia decreased drastically in 2020, to around 323,000, due to restrictions imposed to stem the spread of the coronavirus.

In the first five months of last year, Cappadocia hosted over 333,633 domestic and international tourists.

Sevda Aksoy, a tour guide in the region, said that the slowdown in the tourism sector during the coronavirus pandemic has been left behind as of this year.

Aksoy said she has been a tourist guide in the region for a long time and that they have had a very busy season this year, particularly in April and May, noting, “Domestic tourists have also been paying attention to cultural tourism in the past several years.”

Halime Ebrar Kara, another visitor, said she came to visit Cappadocia with her friends from Turkey's northwestern Bolu province, and added that they were impressed by stories about the region. 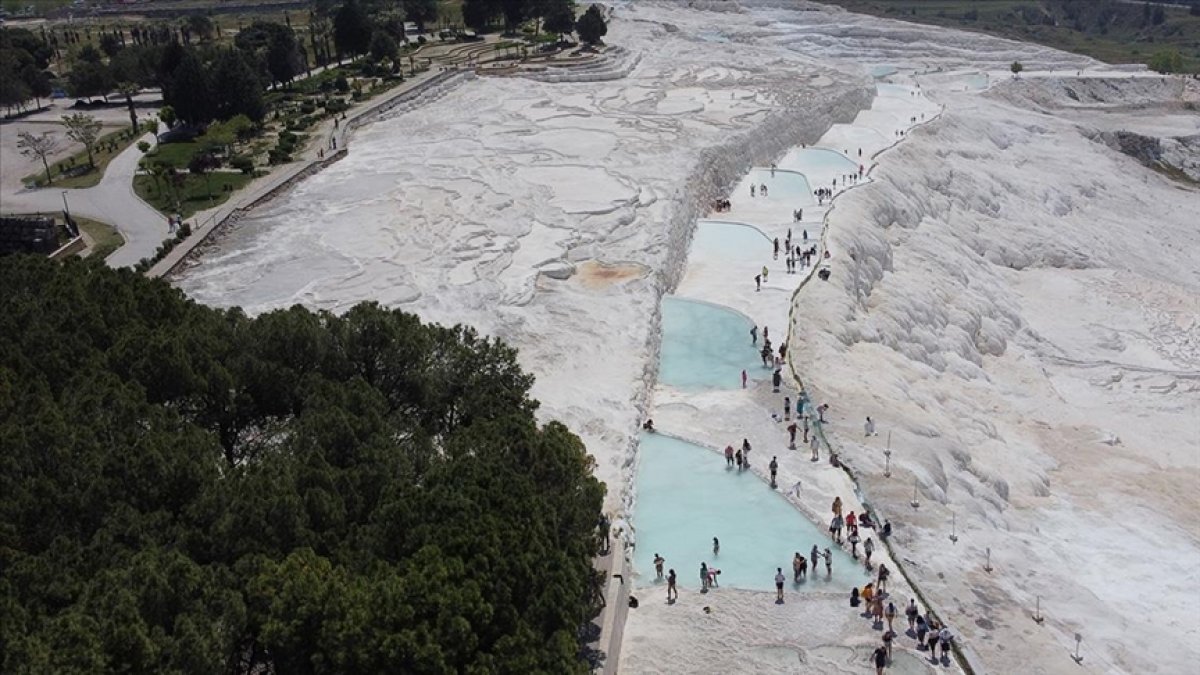 Pamukkale, one of southwestern Turkey’s oldest tourist attractions, has hosted some 431,000 local and foreign tourists in the first five months of this year, the official figures showed.

It is also a UNESCO World Heritage Site known for its mineral-rich thermal waters and white travertine terraces.

The globally renowned tourist destination during the first five months of last year attracted over 127,000 domestic and foreign tourists.

Gazi Murat Şen, the head of a local tourism and hotel management association, said, “These figures indicate that we can easily meet the 2 million tourist target we set at the beginning of the year.”

“We hope to have a season in Pamukkale like the one in 2019 and to even surpass the figures of that year," he added.