Erdoğan: US troops are retreating from Syria as we discussed

President Erdoğan made statements on the planned operation east of Euphrates River in northern Syria.

THE RETREAT HAS BEGUN

"After our conversation yesterday [Sunday] evening, as Mr. President [Donald Trump] stated, the retreat has begun," Erdoğan told reporters at Ankara's Esenboga International Airport before his departure for a two-day visit to Serbia.

The US on Sunday ruled out any assistance or involvement in Turkey's planned operation east of the Euphrates River in northern Syria. 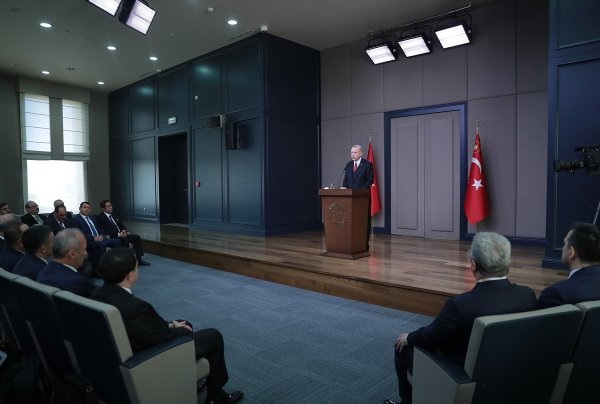 In a statement, the White House said Turkey will soon carry out its "long-planned operation" into northern Syria. "The United States Armed Forces will not support or be involved in the operation, and United States forces, having defeated the ISIS [Daesh] territorial ‘Caliphate,’ will no longer be in the immediate area," said the statement, using an alternate name for the terror group Daesh.