S-400 PURCHASE HAS BEEN DISCUSSED

Turkish Foreign Minister Mevlüt Çavuşoğlu and his US counterpart Mike Pompeo had a phone conversation on Saturday, in which they discussed the F-35 fighter jet program and S-400 air defense systems issues and Syria, according to Turkish diplomatic sources. 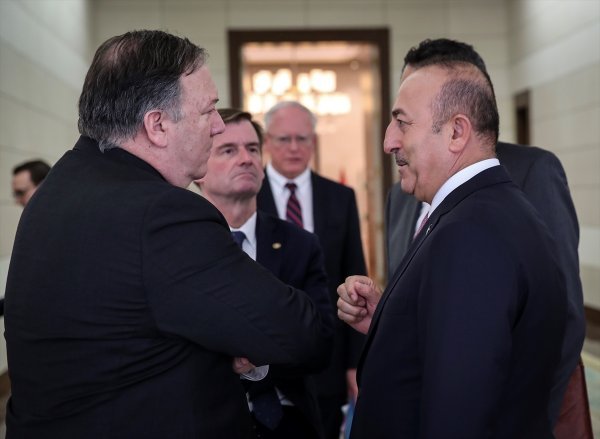 Çavuşoğlu and Pompeo discussed the F35, S-400 and Syria issues, particularly the Manbij, Idlib and safe zone issues, the sources, who asked not to be named due to restrictions on speaking to media, said.