Three people died among the 177 passengers and six crew members.

A team of 11 people from the United States comes here on February 08, 2020 to investigate the wreck of the plane in Istanbul.

The delegation of 11 people, including the Boeing technical team, is investigating the wreckage area.

Pegasus Airlines Flight PC2193 was landing from Izmir when it skidded off the runway Wednesday in inclement weather.

The airport, which was closed after the accident, reopened early Thursday. 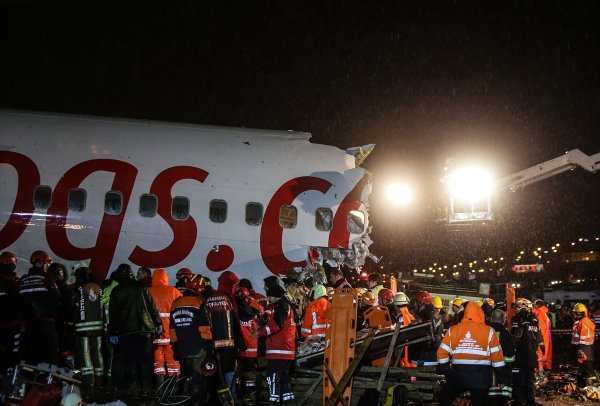 Anadolu chief prosecutors have launched an investigation into the accident, looking into whether the pilots may have caused death of more than one person and injuring many by negligence.

The pilots were taken to a police station for testimony after receiving treatment in the hospital.