US prosecutors on Tuesday charged Turkey’s majority state-owned Halkbank with taking part in a multibillion-dollar scheme to evade US sanctions against Iran - an indictment that may complicate tension between NATO allies Washington and Ankara.

PROSECUTERS CLAIMED SOME OFFICIALS TOOK BRIBES AS PART OF THE SCHEME 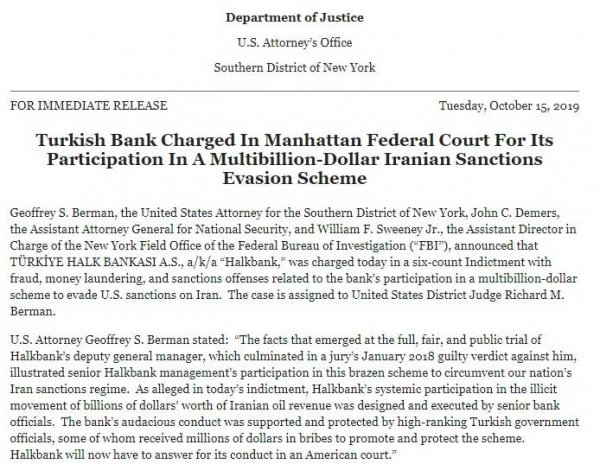 In a statement, the Southern District of New York indicted the bank over its alleged participation in a scheme to evade U.S. sanctions on Iran.

According to the statement, Halkbank will have to answer for its conduct in a US court. "The charges contained in the indictment are merely accusations, and the defendant is presumed innocent unless and until proven guilty," said the statement. 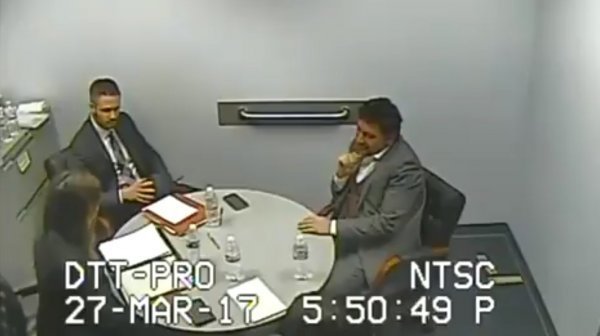 In July, Hakan Atilla, 48, the former deputy director-general at the Turkish state lender, was released from a federal prison. He was sentenced in May 2018 in New York for violating U.S. sanctions on Iran.