US’ Bolton announces visit to Turkey in January

National security adviser to visit Turkey, Israel to discuss aftermath of US withdrawal from Syria.

US National Security Adviser John Bolton announced Friday he would travel to Turkey and Israel next month, as the U.S. begins its withdrawal of military forces from Syria.

Bolton said he would discuss security issues within the region, as well as next steps in the fight against Daesh as the U.S. leaves the area. 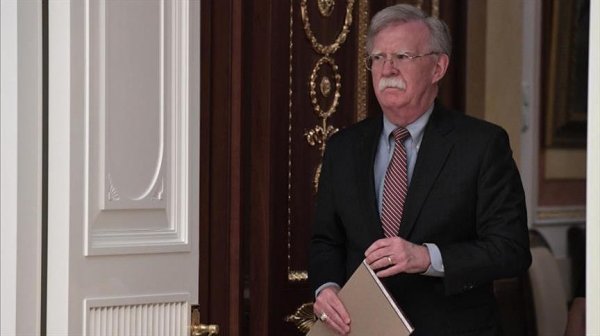 "We will discuss our continued work confronting security challenges facing allies & partners in the region, including the next phase of the fight against ISIS, as the U.S. begins to bring troops home from Syria," Bolton said on Twitter, using another name for the Daesh terrorist group.