The body of one victim was found in a water trench nearly three kilometers away from the scene.

Bodies of two men were found after they went missing when a light commercial vehicle was swept away by flood waters in western Turkey, a security source said on Monday.

Due to heavy rainfall, a stream in the Menderes district of Izmir province overflowed and the vehicle carrying five people started drifting away as it attempted to cross the stream, said the source who asked not to be named due to restrictions on speaking to the media.

While three of them -- Engincan Parlatan, Ayhan Alistrat, and Derya Parlatan -- were able to save their lives, two others -- Mehmet Aslan and Soner Uyar -- went missing in flood waters. 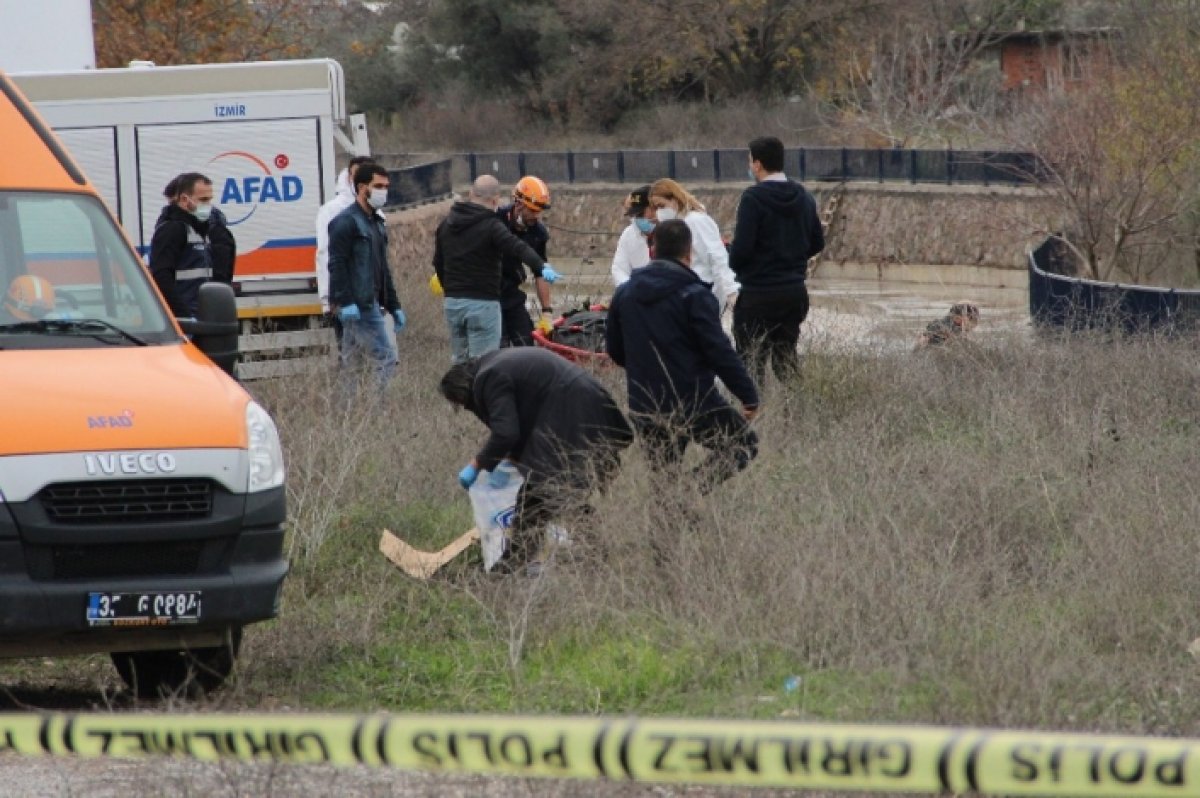 Body of Uyar was found in a water trench nearly three kilometers (1.86 miles) away from the scene.

Meanwhile, the teams searching the area via police helicopter detected Aslan’s body nearly four kilometers (2.48 mi) away on a waterfront.