This March, the two countries agreed on a protocol urging parties to cease all military actions along the line of contact in the Idlib de-escalation area.

LAND AND AIR ELEMENTS HAVE JOINED THE PATROL

“Within the framework of TUR-RF Agreement/Protocol, the 19th TUR-RF Combined Land Patrol on M-4 Highway in Idlib was conducted with the participation of land and air elements,” the ministry said in an official statement. 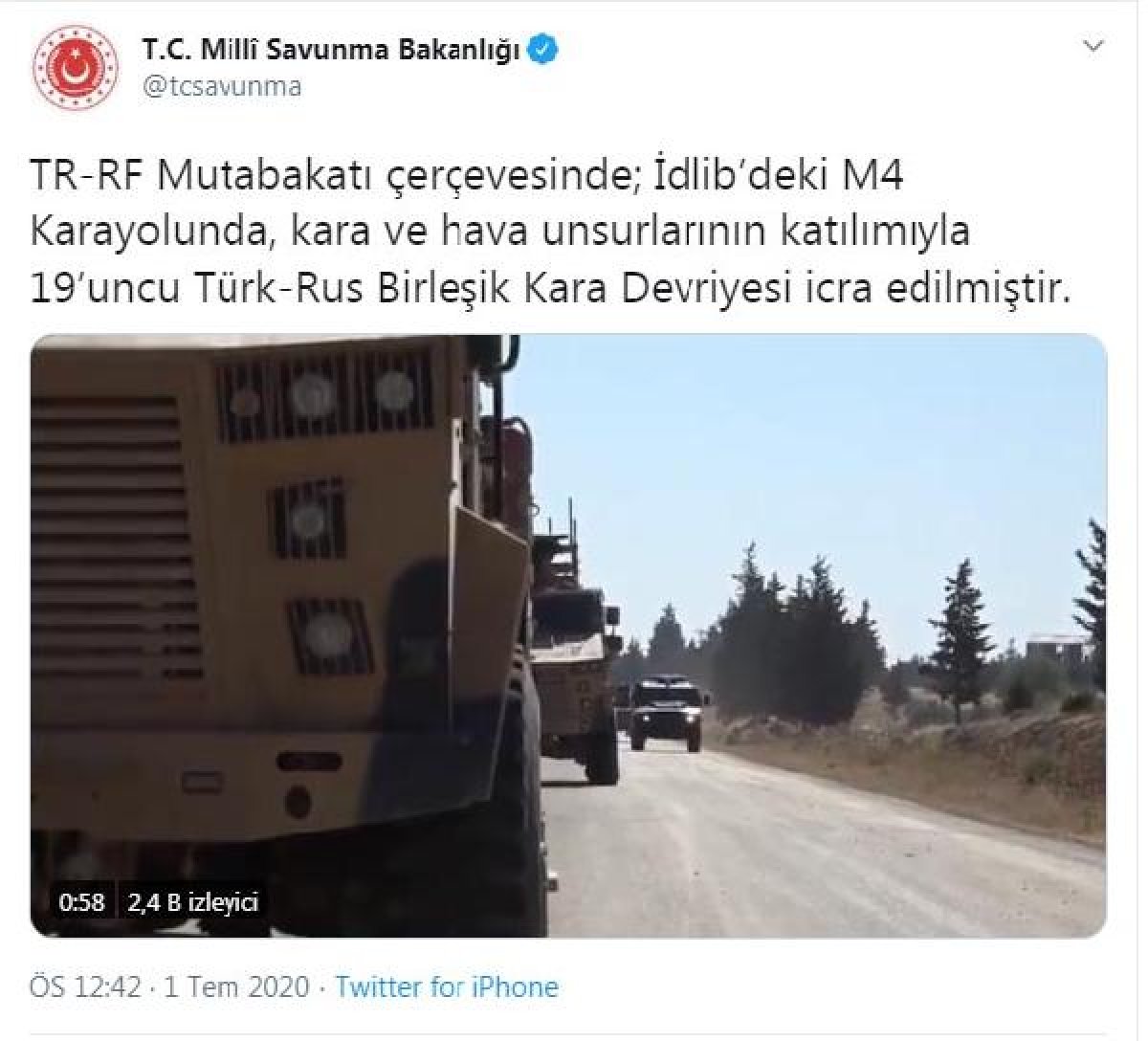