The relief supplies were put in the warehouse of the Azerbaijan Red Crescent to be delivered to civilians living in the region where the conflict takes place.

An aid convoy of the Turkish Red Crescent carrying relief supplies to the Azerbaijani people affected by clashes in the Upper Karabakh region arrived in the capital Baku on Wednesday.

The convoy of four trucks loaded with humanitarian aid was received by Turkey's Ambassador to Azerbaijan Erkan Ozoral, Azerbaijan Red Crescent Vice President Qafar Asgarzade and other officials in Baku. 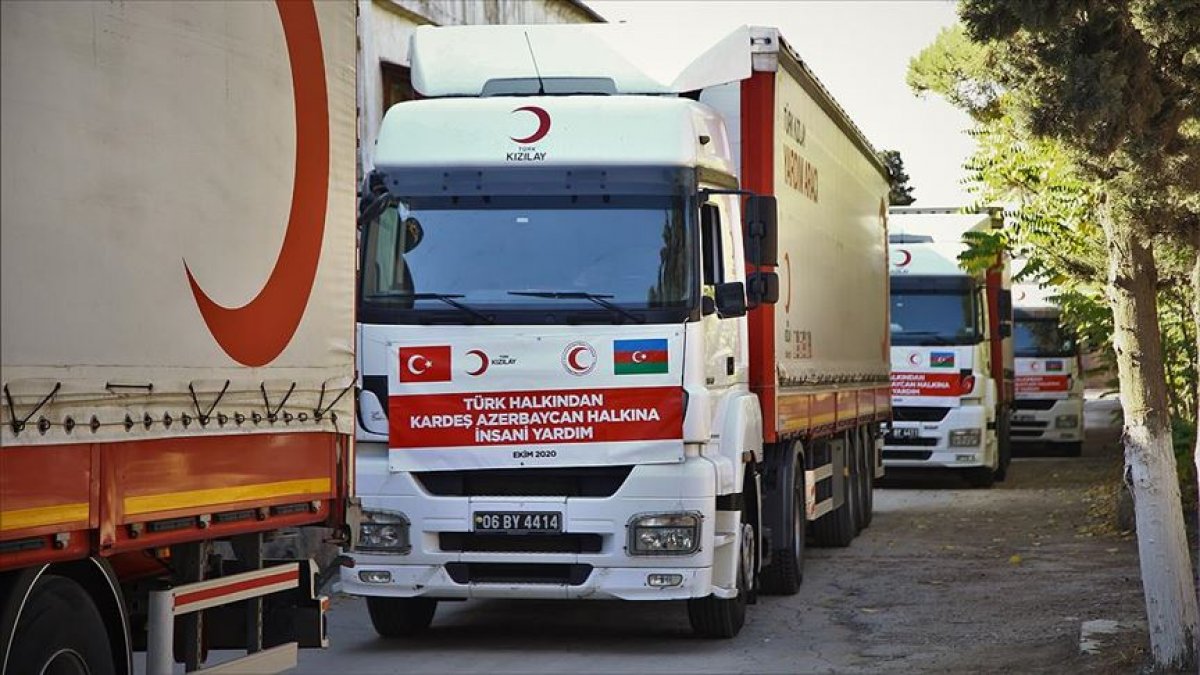 Speaking at the reception ceremony, Ozoral reiterated Turkey’s support for Azerbaijan in the dispute with Armenia over Upper Karabakh, also known as Nagorno-Karabakh, an internationally recognized territory of Azerbaijan.

"We will continue to provide all kind of support to Azerbaijan," he said.

According to Azerbaijani authorities, 43 Azerbaijani civilians have been killed in Armenian forces attacks and more than 200 others injured so far.