The Ukrainian Defence Ministry said that Turkish-Ukrainian defense cooperation was moving to joint production when defense officials from the countries met in Kyiv on Jan. 26.

The Turkish Communications Directorate on Sunday announced that bilateral and regional issues would be discussed during the meeting between relevant ministers under President Recep Tayyip Erdogan and his Ukrainian counterpart Volodymyr Zelensky.

During the meeting, the condition of Ukraine's Crimean Tatars will also be discussed, along with new opportunities for cooperation to deepen strategic partnership relations, said the directorate. 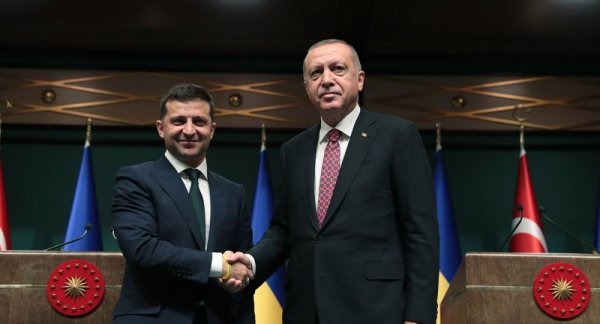 Another collaboration on armed drones, which the Turkish firm Baykar has built a strong reputation around will be on the table.

Ukraine’s ambassador to Turkey, Andrey Sibiga, said that an agreement will be signed include 200 million liras of Turkish financial support for the Ukrainian army.