Turkey’s president said on Tuesday condemned the awarding of 2019 Nobel Literature Prize to writer Peter Handke, as the writer is a denier of the 1992-1995 Bosnian genocide.

"Awarding Nobel Literature Prize to a racist individual will not mean anything other than awarding human rights violations," Recep Tayyip Erdoğan said in a message marking Human Rights Day.

"STAND UP FOR SERBS"

Handke is known as a great admirer of former Serbian leader Slobodan Milosevic, who died in 2006 at the international tribunal in The Hague on trial for war crimes and genocide. "Stand up if you support the Serbs," Handke had written during the 1998-1999 Kosovo war. 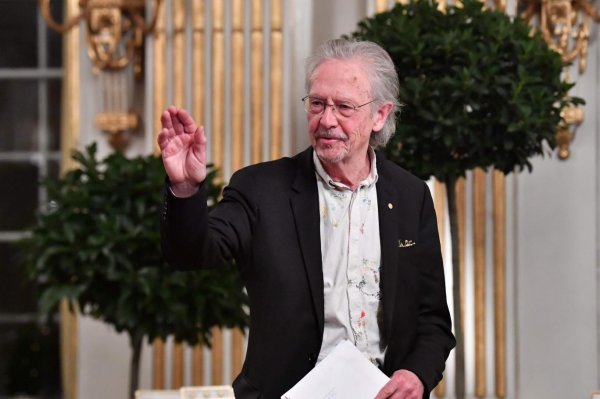 He claimed that the Muslim Bosniaks in Sarajevo had killed themselves, adding that he never believed that the Serbs had committed genocide in Srebrenica.

Handke also visited Milosevic in prison and tried to testify in his favor. "I am here for Yugoslavia, for Serbia, for Slobodan Milosevic," Handke said in a 2006 eulogy for Milosevic.

In winning the prize, Handke will also receive 9 million Swedish kronor ($952,000) as well as a medal and a diploma.