If we reach consensus with our partner in People's Alliance, we can take action for new constitution, says Recep Tayyip Erdogan.

The Turkish president on Monday said “perhaps it is time for Turkey to discuss a new constitution again.”

If Turkey's ruling Justice and Development (AK) Party reaches consensus with its partner in People's Alliance, then an "action for drafting a new constitution in upcoming period" is possible, Recep Tayyip Erdogan said after a Cabinet meeting at the presidential complex.

Underlining that the constitutional works must be done in a transparent manner, Erdogan said the final text must be presented to the discretion of the nation.

In parliamentary votes and elections, the Nationalist Movement Party (MHP) cooperates with the ruling AK Party under their People’s Alliance, formed ahead of the June 2018 general elections.

The 2017 constitutional referendum asked voters to decide on an 18-article bill to switch from a parliamentary to a presidential system, among other changes. The amendments to the constitution were jointly brought by the AK Party and the MHP. 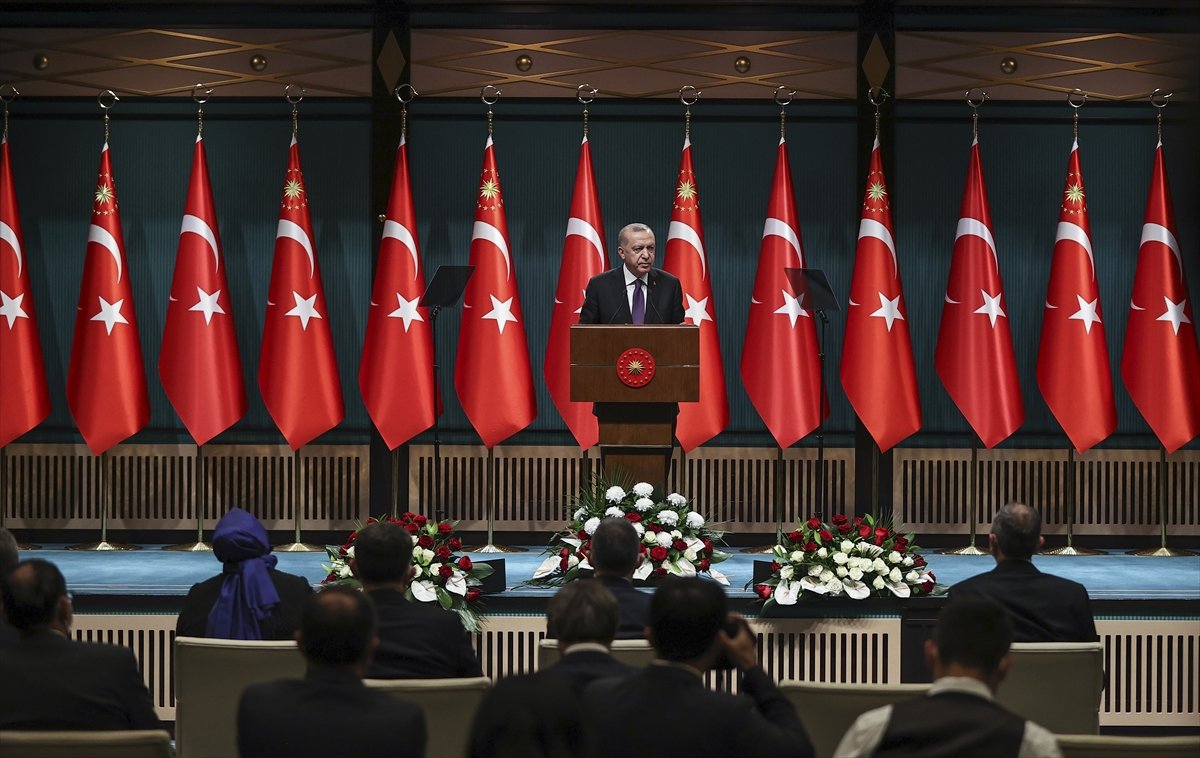 Commenting on Turkey's economic situation amid the pandemic, Erdogan said among the G20 countries, Turkey and China could register positive growth in 2020, citing international analyses.

Erdogan stressed that the food inflation is the "greatest threat" for both the producers and consumers, saying: "We believe that the volatility in food prices will decrease in the second half of the year with the developments in the world and the measures we take in our country."

He said it would be impossible to attain the country's inflation targets with high interest rates, Erdogan said investment, production, export, and employment policies could only be done with low interest rates.

"Let's implement necessary measures together to combat the current account deficit. Let us all remove the obstacles on a stable and quality growth," he added.

The Turkish president also commented on country's development in space and satellite technologies and said: "Turkey started to work on establishing a microsatellite launcher facility and will soon send its and friendly countries’ satellites into space." 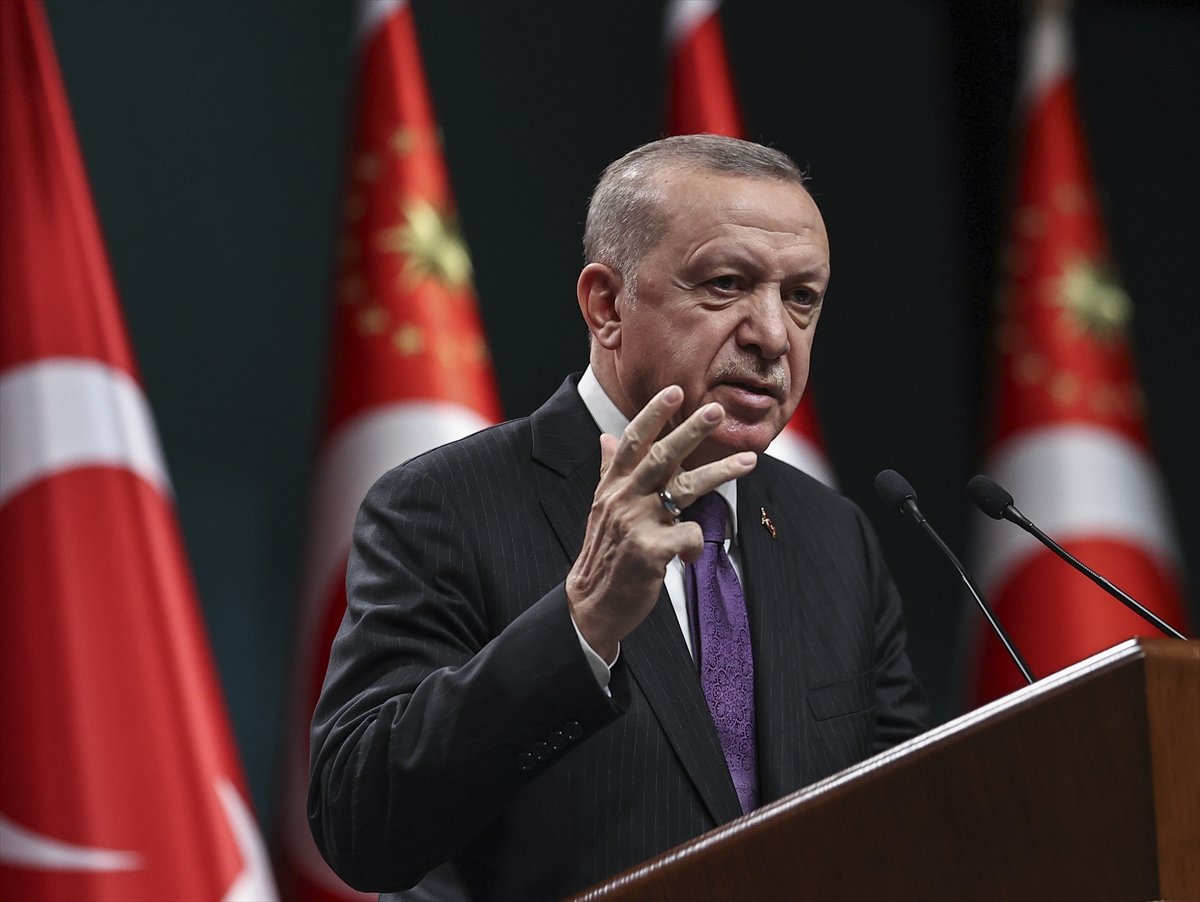 "We are determined to make our country a brand in space and satellite technologies that have a wide range of uses from communication to energy, from environmental protection to defense industry," Erdogan added.

Erdogan also announced a plan to start "gradual relaxation of the coronavirus restrictions" with the number of infections decreasing.

In that respect, Turkey's schools in villages to begin face-to-face education as of Feb. 15 as the preparations will start to resume in-class education on March 1 for 8th- and 12th-grade students, primary and special education schools.

Regarding the coronavirus vaccination campaign in the country, he said the vaccination continues in line with the determined priorities.

“We closely follow local vaccination studies, which is one of the most crucial things in the fight against the pandemic,” he said.

Turkey has divided the vaccination process in four stages. In the first stage, health care staff and people over the age of 65, the elderly, disabled, adults living in crowded places, and those living at nursing homes will receive vaccine jabs.

In the second stage, essential workers and those with at least one chronic disease will be vaccinated.

In the third stage, citizens under the age of 50 with at least one chronic disease, young adults, those working in sectors and professions which are not included in the first two stages will be vaccinated. 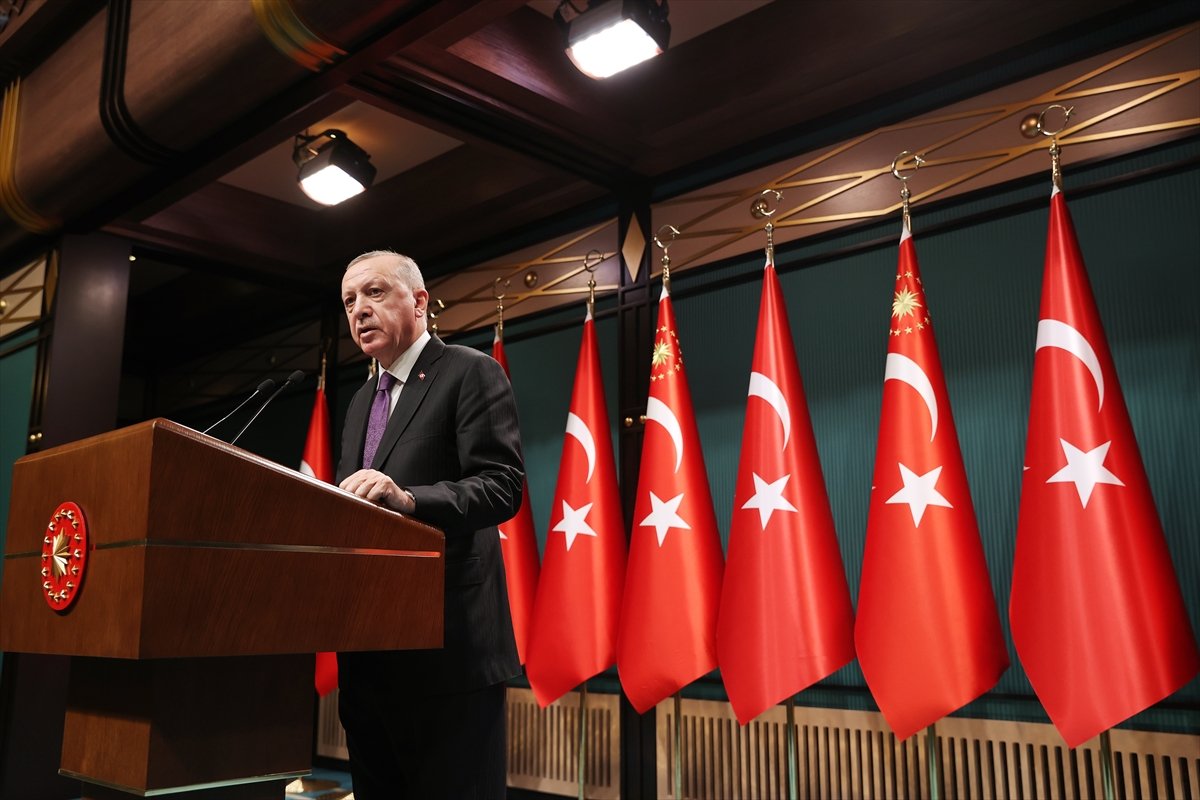 In the fourth and last stage, all individuals other than the first three groups will be vaccinated.

The number of people in Turkey who have received their first dose of a vaccine against the novel coronavirus crossed the 2 million mark as of Monday.

Turkey began a mass coronavirus vaccination campaign on Jan. 14, starting with healthcare workers along with top officials to encourage public confidence in the vaccines.

Since last month, Turkey has been imposing curfews on both weeknights and weekends as part of its efforts to curb the virus’ spread.