“Such a comprehensive work will become meaningful with involvement of all groups in the country,” Recep Tayyip Erdogan told his ruling Justice and Development (AK) Party’s provincial congresses via video link from the party's headquarters.

Erdogan said Monday that if AK Party reaches consensus with its partner in People's Alliance, then an "action for drafting a new constitution in the upcoming period" was possible.

“We would like to see all groups, who would like to make positive contributions to the process, in the efforts for the new constitution,” Erdogan noted.

He said the constitution will be built on “historical initiatives” the AK Party has taken for the country, especially the presidential system. 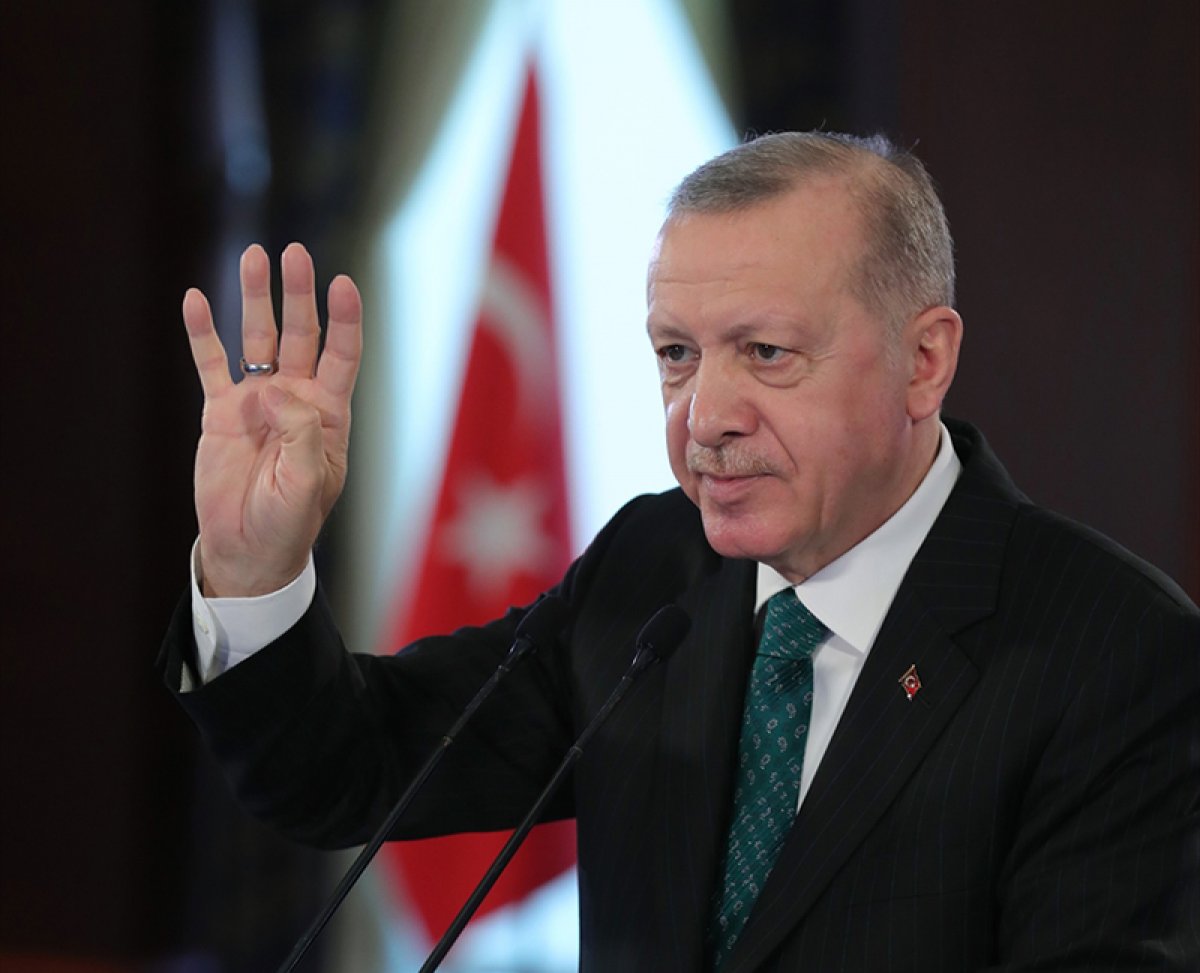 Erdogan emphasized that leaving aside a constitution which has lost its integrity and consistency due to changes over the years, and working on a new constitution would pave the way for Turkey to reach its aims spanning long years ahead.

Welcoming the support by Devlet Bahceli, the leader of the Nationalist Movement Party (MHP), for a new constitution, Erdogan said they will pioneer the process together with MHP under their People's Alliance.

On Tuesday, Bahceli said Turkey is "obligated" to replace its current constitution. He said the country's constitution in its present form was the "product of extraordinary conditions".

On demonstrations in Istanbul against the recent appointment of Bogazici University's new rector, Erdogan said: “We do not accept those young people, who are members of the terror groups, as the young people of our country who have true national and moral values.”

Protests erupted after the appointment of Mehmet Bulu, with a group of students calling for his resignation.

Demonstrations intensified when two Bogazici University students were remanded in custody by a Turkish court for displaying a painting allegedly offensive to Islamic values on university grounds.

On Tuesday, Turkish Interior Minister Suleyman Soylu said nearly 80 of those recently arrested amid ongoing protests are members of far-left terror groups, including the DHKP/C, TKP-ML.

Stating that those who tried to “occupy” rector’s room were not students but terrorists, Erdogan said they will not allow terrorists to rule in Turkey.

“This country will no longer experience and sustain a Gezi [Park] event in Taksim,” Erdogan stressed, reiterating Ankara’s resolute stance against terrorism.

In the summer of 2013, a small number of demonstrations in Istanbul’s Gezi Park grew into a nationwide wave of protests against the government that left eight protesters and a police officer dead.

The government later said the protests were orchestrated by FETO terror group members, who had infiltrated the police and courts.

FETO and its US-based leader Fetullah Gulen orchestrated the defeated coup of July 15, 2016, which left 251 people martyred and nearly 2,200 injured.

Turkey accuses FETO of a long-running campaign to overthrow the state through the infiltration of Turkish institutions, particularly the military, police, and judiciary.