During the handover, President Recep Tayyip Erdoğan was also given honorary citizenship in the local municipality.

The Turkish president on Monday attended a handover ceremony for over 500 housing units a Turkish agency built for earthquake victims in Albania.

Speaking at the ceremony, Recep Tayyip Erdogan said that Turkey will stand with Albania out of fellowship, which means being there when needed without waiting for a call.

"We are crowning the friendship between Turkey and Albania with the handover of these houses," he said. 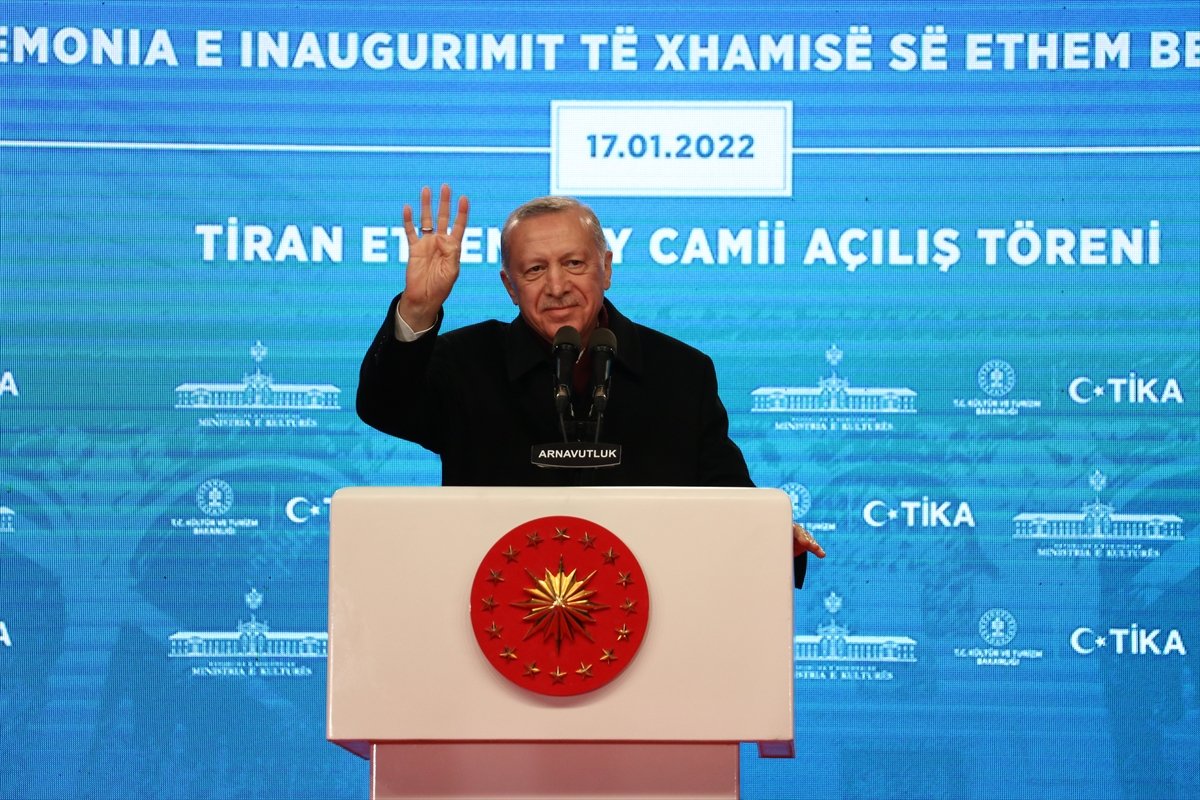 A total of 522 housing units, worth some €42 million ($48 million), were built for the northwestern town of Lac, which was struck by a quake in November 2019, Erdogan added.

Over 50 people died in the 6.4 magnitude quake, including seven children, and 900 were injured. Some 1,200 buildings were destroyed.

After the quake struck, Turkey sent Disaster and Emergency Management Presidency (AFAD) and Health Ministry teams to the region to help search, recovery, and aid efforts.

During the ceremony, Erdoğan was also given honorary citizenship in the local Kurbin municipality. 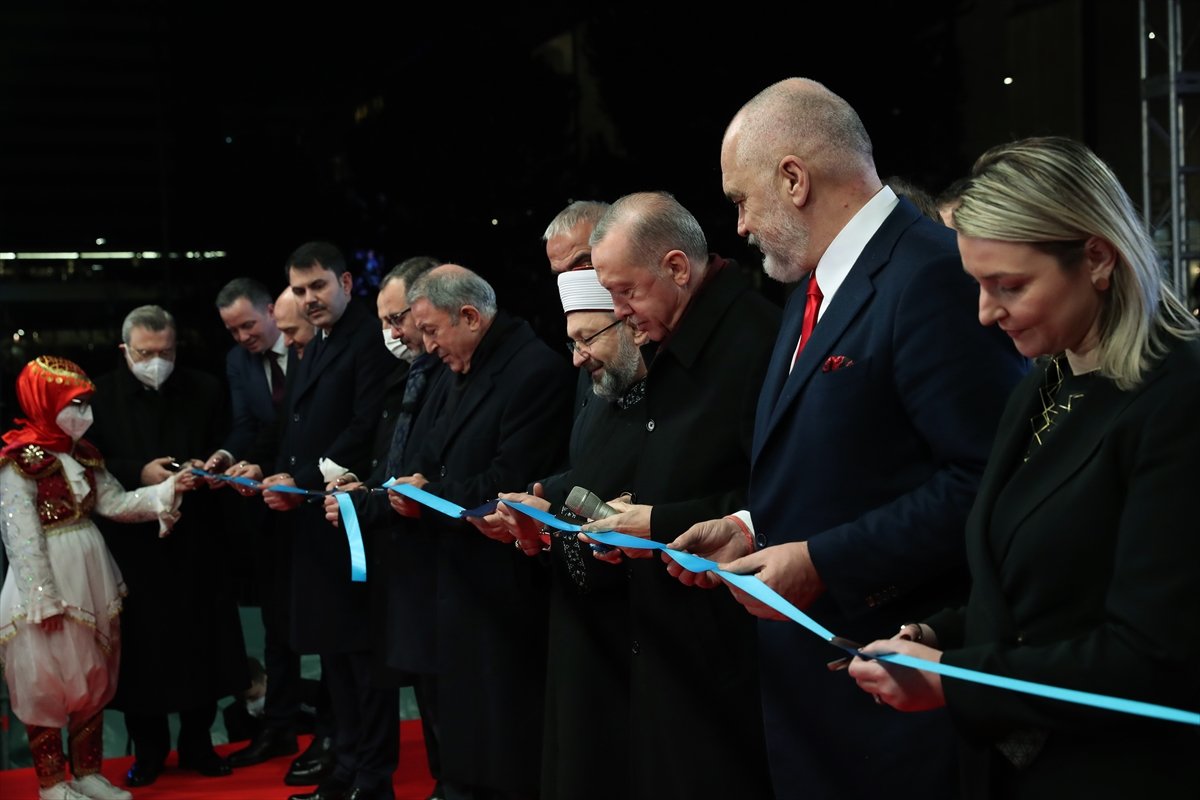 'HONORED TO BE TURKISH PRESIDENT'S FRIEND'

Mentioning a conversation he had with Erdoğan before he became premier in 2013, Rama said: “[Erdoğan] told me that ‘Albania and Kosovo are in my heart. Albanians are in the hearts of the Turkish people. I want you to be my brother.’ … I am honored to consider myself Erdoğan’s friend.”

Telling how he is frequently asked about his close friendship with the Turkish president, Rama underlined that Erdoğan is a person who does what he says and says what he does. 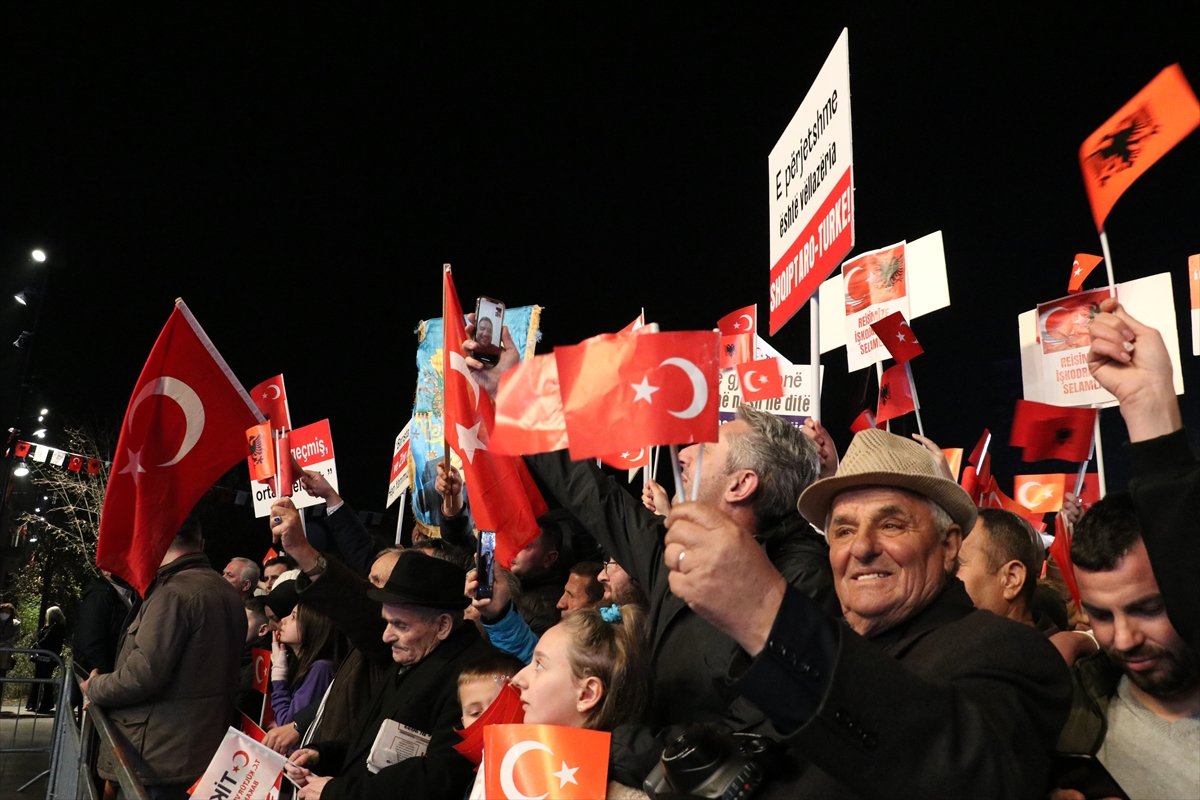 Erdoğan arrived in the capital Tirana early Monday and was welcomed by Rama with an official ceremony.

Before the dignitaries began their talks, the national anthems of both countries were played.

The Turkish president was also presented an honor guard.