The president of Turkey underscored Friday the significance of "unity” in a message sent to the Turkic World Meteorology Forum.

"What we have experienced during both the Upper-Karabakh War and the pandemic has shown the importance of unity, solidarity and solidarity among the Turkic world in every field, from defense to diplomacy, from health to agriculture, from tourism to energy," Recep Tayyip Erdogan said at the conference that was attended by officials from Azerbaijan, Kazakhstan, Kyrgyzstan, Northern Cyprus, Uzbekistan, Tajikistan and Turkmenistan.

The event organized by Turkish State Meteorological Service in coordination with the Ministry of Agriculture and Forestry, was also attended by Vice President Fuat Oktay and Azerbaijani Prime Minister Ali Asadov.

Erdogan expressed his gratitude to the Azerbaijani premier for attending the event and congratulated the Turkish Ministry of Agriculture and Forestry for leading to host the forum.

"We, as the Turkic world, have left behind and experienced the pain of losing many people, including our friends and loved ones, due to the coronavirus pandemic. However, at the same time, we felt the joy of Upper Karabakh's embracing of its the motherland again after 30 years of occupation in our hearts," he said. 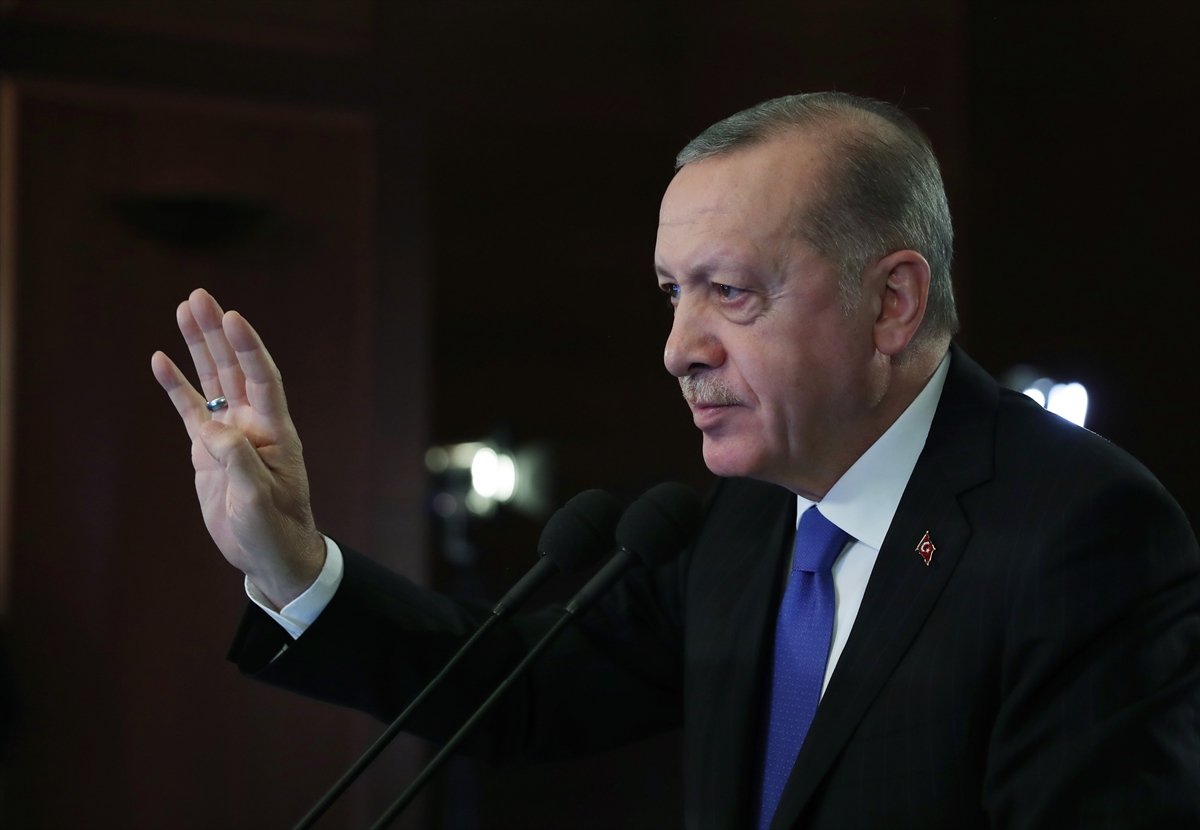 During the conflict, Azerbaijan liberated several cities and nearly 300 settlements and villages from the Armenian occupation.

The two countries signed a Russian-brokered agreement Nov. 10 to end fighting and work toward a comprehensive resolution.

Erdogan noted the importance of further enhancing cooperation between the Turkic world, which "speaks the same language, believes in the same religion, has a common history, culture and civilization."

The Turkish vice president said at the event: "It is essential that we strengthen our collective combat and cooperation for the success of efforts carried out separately against the phenomenon of climate change that threatens our countries and future."

Turkey prepared a 541-item National Action Plan on Climate Change, and Oktay, on behalf of Turkey, vowed to fulfill its part with the experience and infrastructure it has against climate change.

"Cooperation in the meteorological field, which is aimed to be achieved among the Turkic world on the occasion of the Forum, will be a turning point in the Turkic world in the combat against climate change," he said.

The Azerbaijani premier also praised Turkey's plan on climate change and said, "it would contribute to efforts against global warming."

Asadov said Upper Karabakh experienced an "environmental terror" during 30 years of occupation by Armenia, he said.

"These lands [Upper Karabakh] will be transformed into a 'Green Energy' zone. Displaced people will return to their homeland as part of the 'big return program'."

"As a contribution to global climate change mitigation initiatives, Azerbaijan has set a target to reduce the emission gases, that causes a heat effect, by 35% until 2030," added Asadov.