Recep Tayyip Erdogan says coups are crimes against humanity and that he experienced 1997 takeover.

The Turkish president on Sunday spoke against military coups, particularly the 1997 "post-modern" coup by the Turkish armed forces.

In a video message on the coup's 24th anniversary, Recep Tayyip Erdogan said he was jailed for reading a poem when he was the mayor of Istanbul.

"Despite all obstacles, I am proudly serving the honorable Turkish nation as its first popularly elected president,” he said in the video posted on Twitter. “Coups are crimes against humanity. I experienced the Feb. 28, 1997 military coup and have awareness of it."

On Feb. 28, 1997, the military was involved in the collapse of late Prime Minister Necmettin Erbakan’s administration amid concerns about the government’s alleged Islamist program. 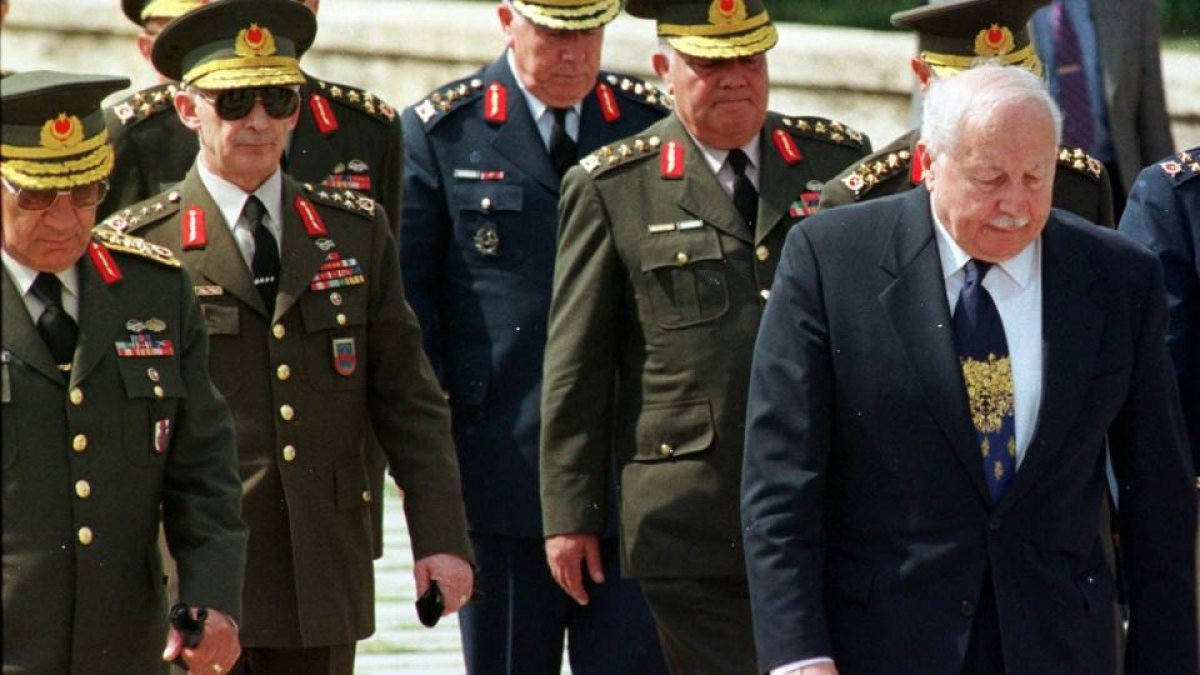 Erbakan's government was forced to step down following a National Security Council meeting. His Welfare Party was later outlawed. A new civilian government then took over in a move known as Turkey’s "postmodern" coup.

The prosecutor requested that 60 suspects, including Ismail Hakki Karadayi, then-chief of general staff, and Cevik Bir, his then-deputy, be produced for trial. The case includes a total of 103 suspects.