According to an official statement, Turkish police on Friday seized over one ton of marijuana in an anti-terror operation.

The police seized 1,036 kilograms (2,283 pounds) of marijuana, as part of Turkey’s Operation Kiran.

TERRORISTS USE DRUG TRADE AS A FINANCIAL SOURCE

On Aug. 17, Turkey launched Operation Kiran in the country's southeast against YPG/PKK terrorists in Van, Hakkari and Şırnak provinces, followed by the launch of Operation Kiran-2 on Aug. 27 in Mardin, Sirnak and Batman provinces. Four more iterations of the operation followed, including Operation Kiran-6. 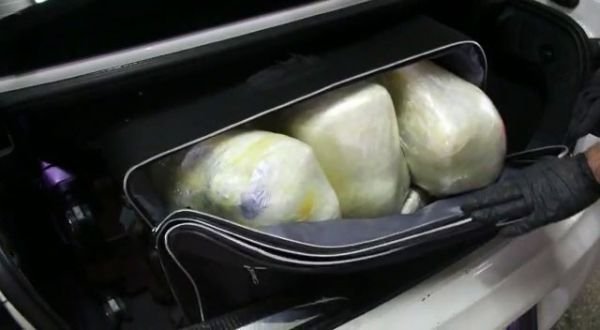 The PKK has reportedly financed its terrorist activities through the illegal drug trade since as early as the 1980s, with Interpol estimating up to 80% of the European illicit drug markets being supplied by PKK-controlled trafficking networks.

Turkish authorities have been confiscating narcotics shipments owned or operated by the PKK since the 1980s.