Speaking at a summit, President Erdoğan said that Turkey's capacity in the information and technology sector had risen from $20 billion to $132 billion in 18 years.

Turkey's president on Thursday warned of the dangers of "digital fascism," speaking at an annual international summit on women and justice hosted by a women's advocacy group based in Istanbul.

Held via live-stream, the theme of the fourth International Women and Justice Summit this year will be "Remaining Human in the Digital Age." Turkish President Recep Tayyip Erdoğan made the opening remarks, warning of "digital fascism."

"DIGITALIZATION IS AN UNDENIABLE REALITY"

talization, which sees the individual as only a name or a number, leads to fascism. We must all fight together against digital fascism," Erdoğan said in his remarks at the three-day conference hosted by the Women and Democracy Association (KADEM).

Noting that digitalization is an undeniable reality that touches the lives of more people by the day, he said it was "getting harder and harder to remain isolated from the digital world, where people from all walks of life -- young and old, women and men -- come together via their phones, tablets, computers and internet, at all times." 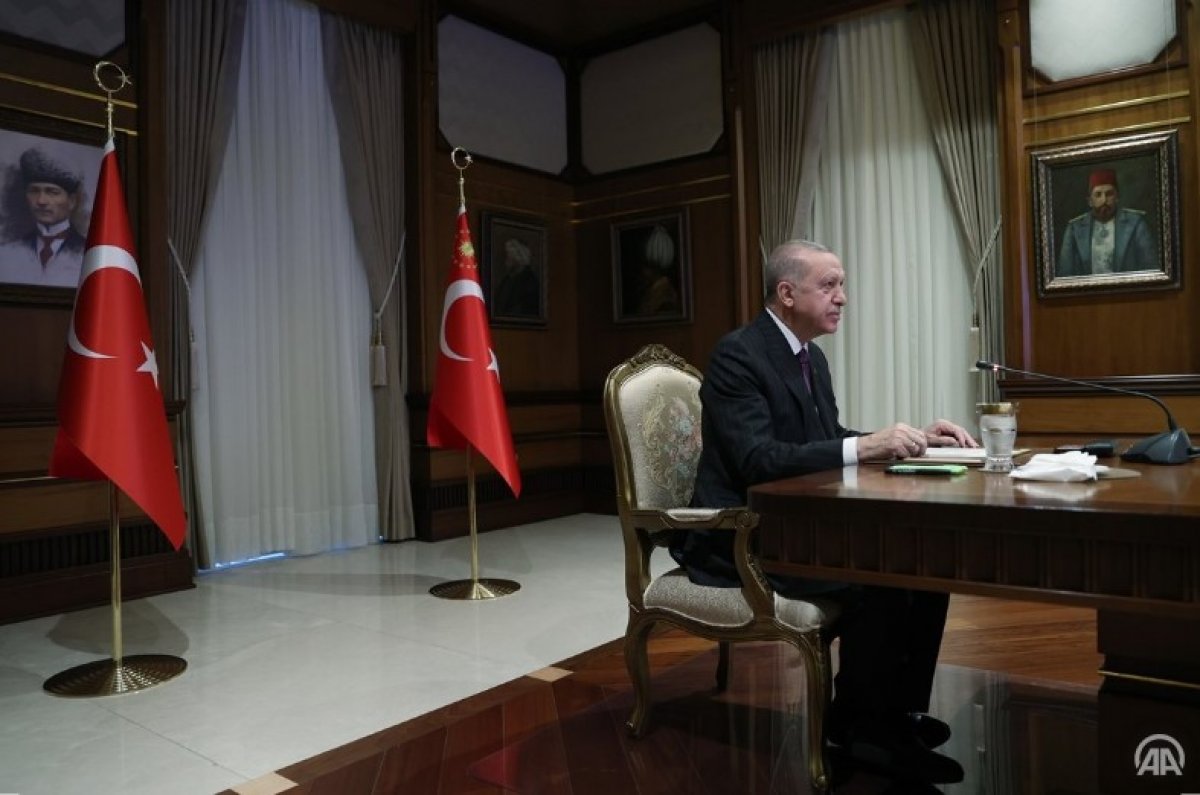 Erdoğan stressed that the "digitalization's greatest weakness" was the risk of data control becoming "monopolized," warning of the dangers that such a concentration of power could hold at a time when "even wars have become digitalized." "We must fight together against digital fascism and seek solutions together. Of course, when I say this, I don't mean to refuse digitalization."

He cautioned that "if we don't see the approach of 'remaining human in the digital age,' as important as digitalization itself," disaster would be "inevitable." Erdoğan noted Turkey's success in digitalization and said, and that investment in the sector had exceeded 100 billion Turkish liras (over $12.7 billion).