Ambulances and police squads were dispatched to the Iskenderun district in Hatay and pursued two PKK terrorists. One of the terrorists detonated himself while the other was killed at the end of a chas

Turkey’s president congratulated security forces late Monday for conducting an anti-terror operation in Hatay province in which they eliminated two members of the PKK terrorist organization.

"WE WILL CONTINUE OUR STRUGGLE AGAINST TERRORISM"

"I congratulate our heroic security forces for their successful counter-terrorism operation in Hatay. I wish [it] to all my Hatay brothers and sisters. May my Lord protect our country from all kinds of attacks, disasters and treacherous aspirations," Recep Tayyip Erdoğan said on Twitter. 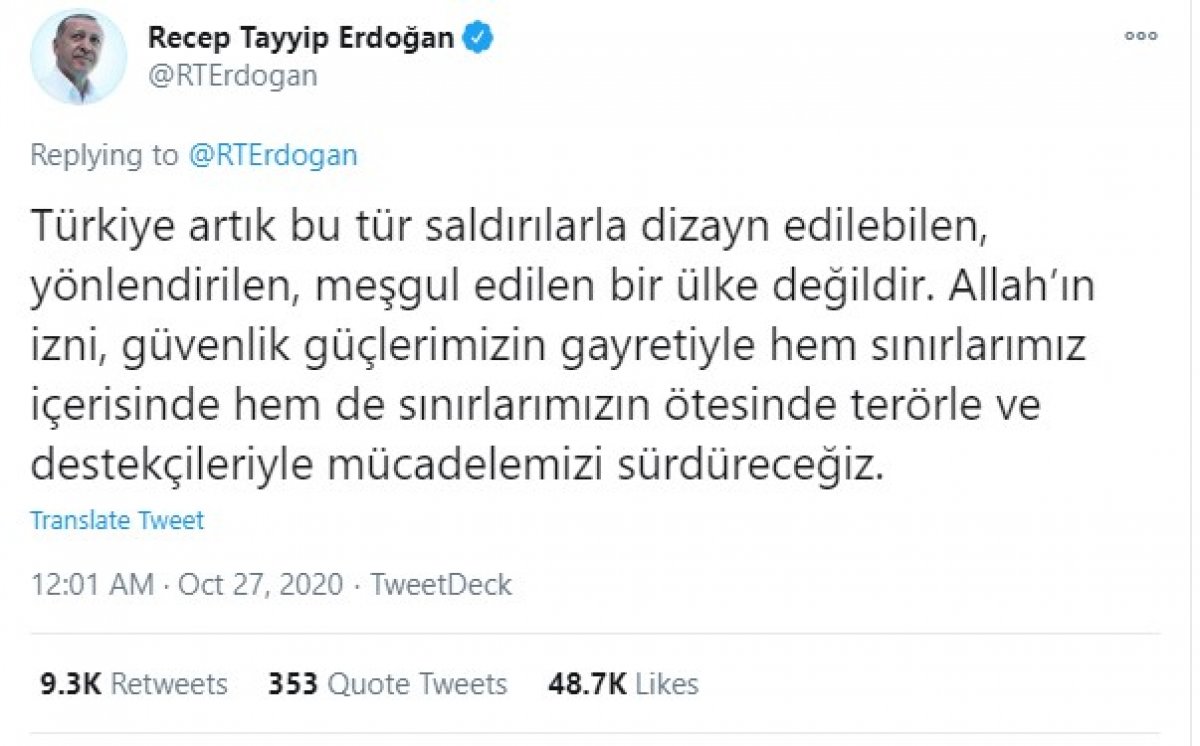 "Turkey is no longer a country that can be designed, directed and occupied with such attacks. With God’s permission and our security forces’ efforts, we will continue our struggle against terrorism and its supporters within and beyond our borders," he added.