The Turkish president on Tuesday commemorated the 82nd death anniversary of Mustafa Kemal Atatürk, the founder of modern Turkey.

Recep Tayyip Erdoğan, accompanied by ministers, leaders of political parties, and heads of higher judicial bodies and military commanders, paid a visit to Anıtkabir, Atatürk's mausoleum, in the capital Ankara.

"WE COMMEMORATE OUR FOUNDER WITH MERCY"

“On the 82nd anniversary of his death, we commemorate the commander-in-chief of our war of independence, the founder of our republic and our first president, Gazi Mustafa Kemal Atatürk, with mercy,” Erdoğan wrote in the memorial book. 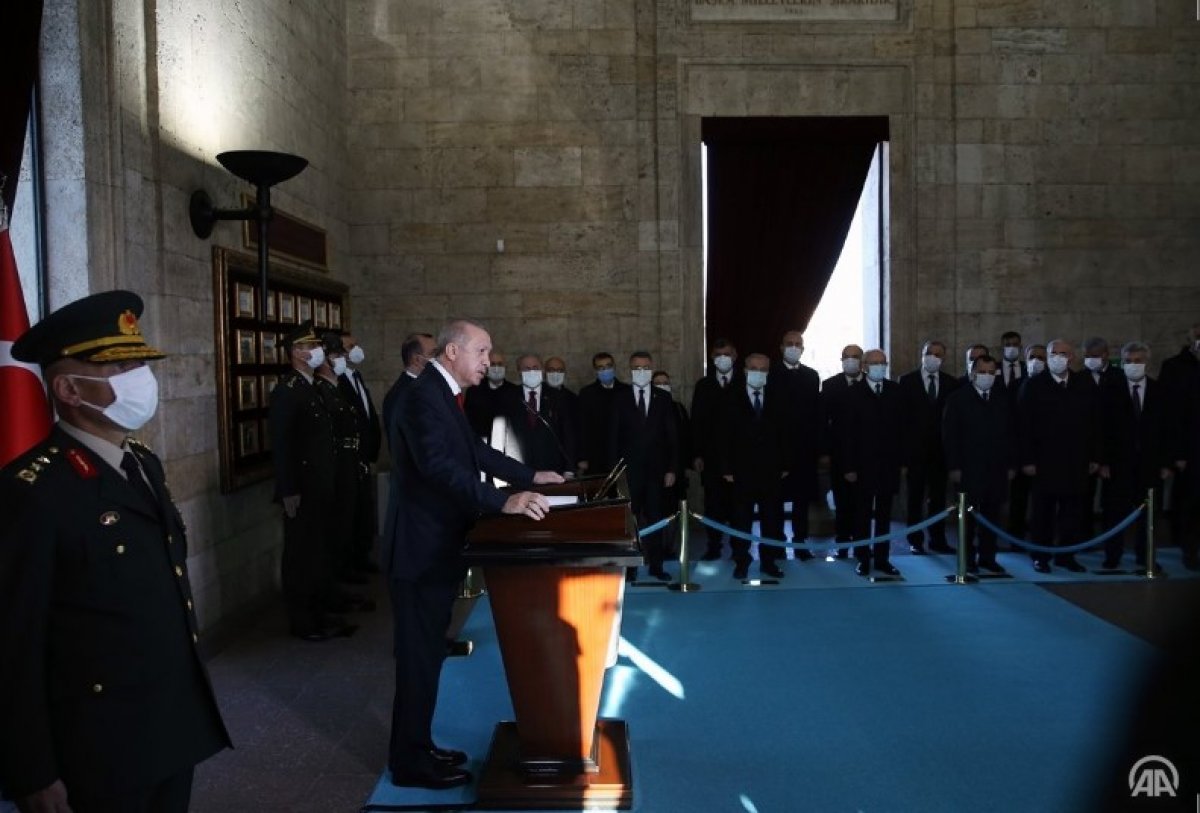 Atatürk and his fellow fighters emerged victorious, and created an independent and free country, he added. The president said they will continue to work to leave a more prosperous, strong and prestigious Turkey for future generations. 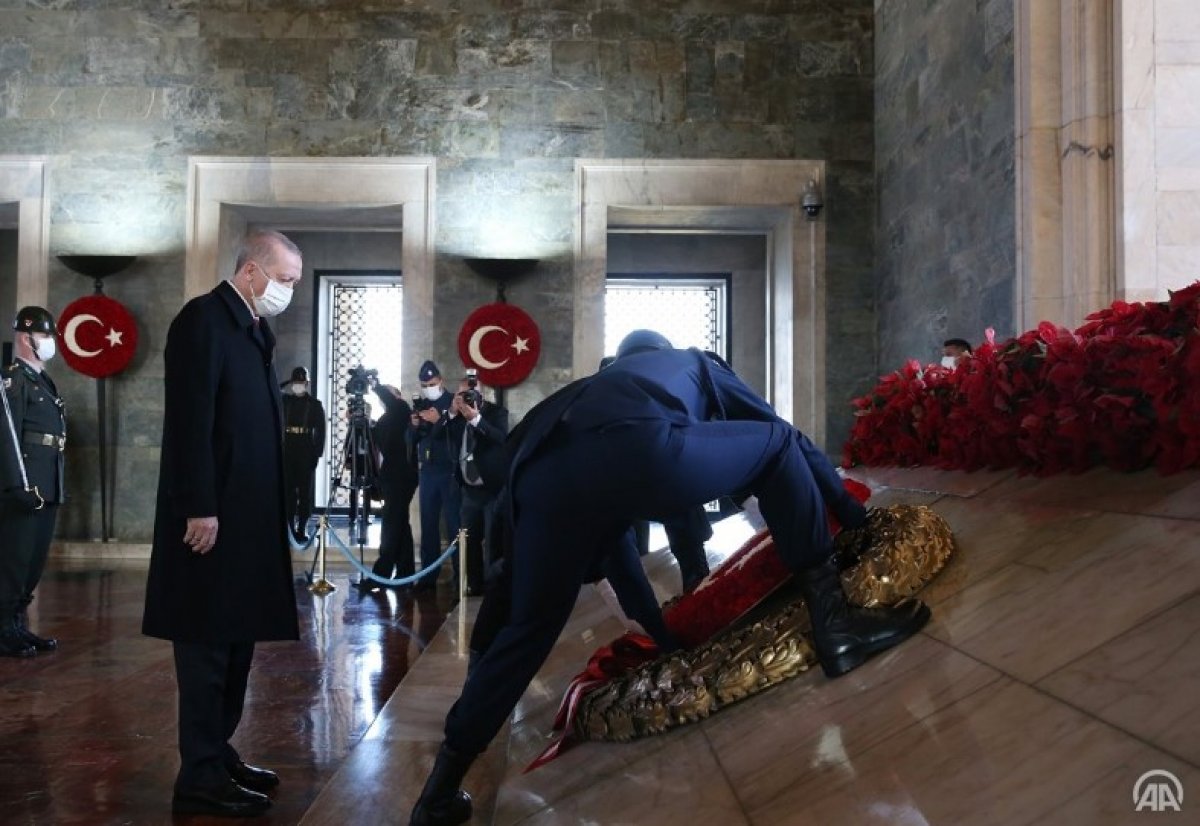 A minute of silence was observed at 9.05 a.m., the exact moment when Atatürk passed away at the Dolmabahçe Palace in Istanbul in 1938. He was 57. 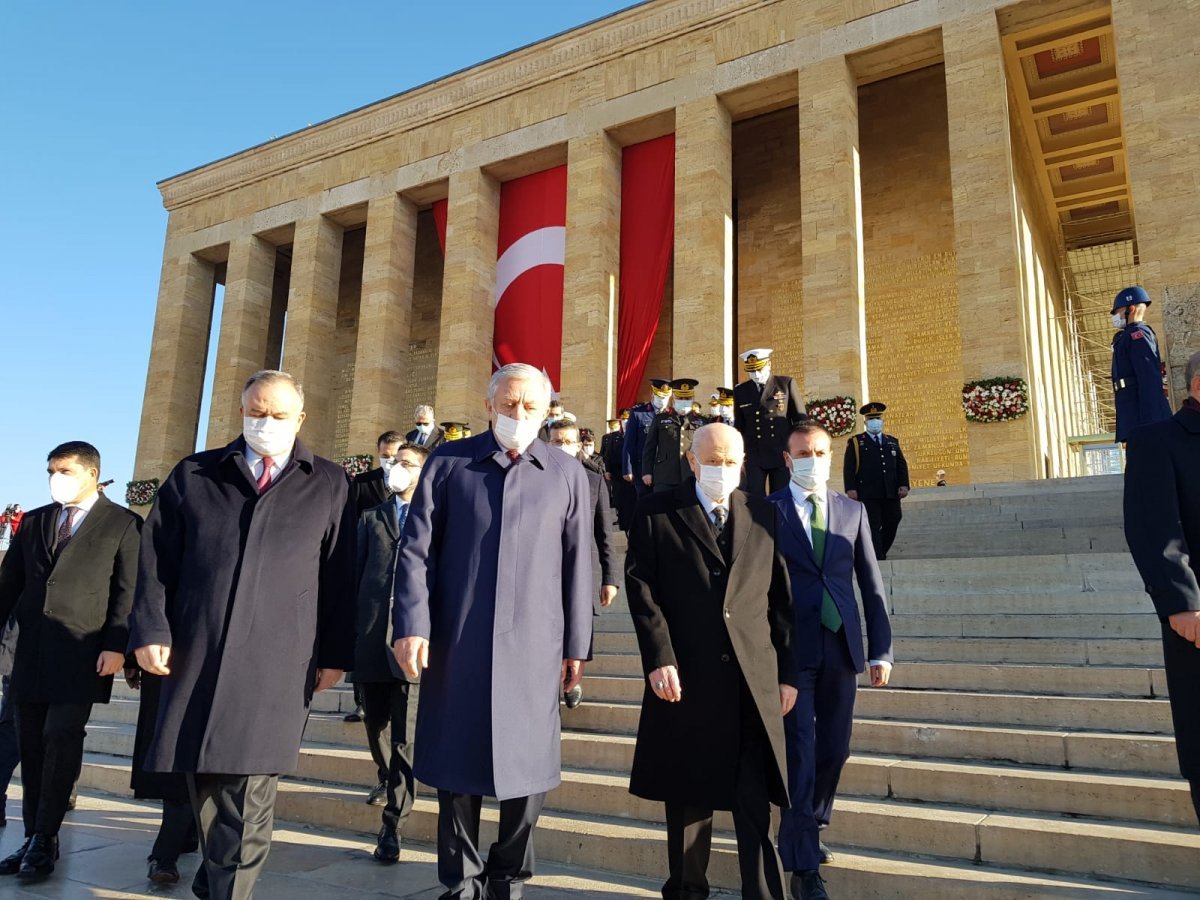 The Turkish flag was lowered at half-mast, and the national anthem was sung.

Besides strict security measures, Anıtkabir was disinfected due to the coronavirus pandemic.

After the completion of the official ceremony, the mausoleum will open for visitors at 4 p.m (1300GMT) to commemorate and pay their respects to their eternal leader.