Turkish President arrived on October 07, 2020 in Gulf state of Kuwait for working visit. 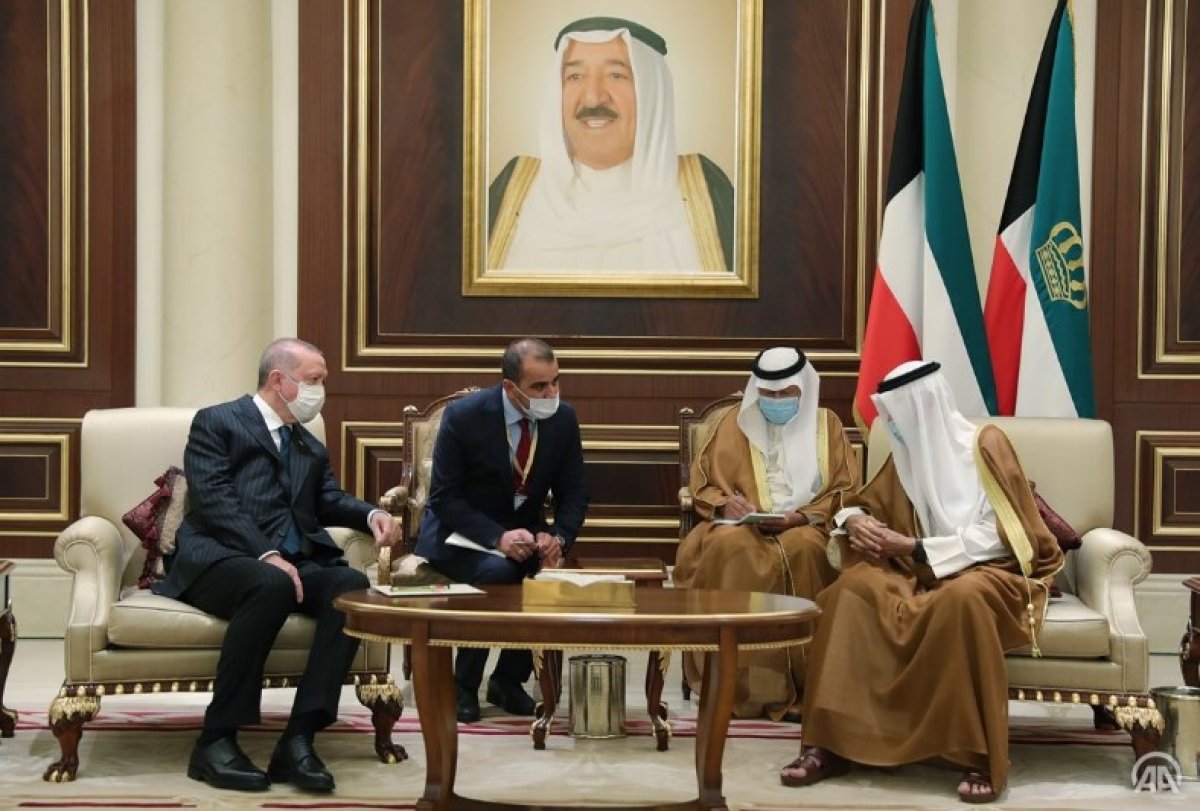 Erdoğan conveyed his condolences to recently sworn-in Kuwaiti Emir Al-Sabah over the passing of his predecessor Sheikh Sabah Al-Ahmad Al-Jaber Al-Sabah, who recently died at age 91. During their talks, bilateral relations will be discussed as well as views on regional issues.