Dozens of terror targets in Asos region destroyed in airstrikes carried out by over 20 fighter jets.

The effective and comprehensive counter-terrorism operation of the Turkish Armed Forces against the PKK terror group continues with determination, the ministry said in a statement.

The Turkish Armed Forces, in coordination with the National Intelligence Organization, detected terror targets in the Asos region in northern Iraq, it said.

A total of 28 targets used by PKK terrorists destroyed VIDEO

A total of 28 targets used by PKK terrorists as shelters, ammunition depots, caves, and the so-called headquarters were destroyed in an air operation with the participation of more than 20 aircraft, it noted.

The presence of the terrorist organization in the region was dealt a heavy blow through the air operation.

“The Turkish Armed Forces will continue its fight against terrorism for the security of our country and nation until the last terrorist is neutralized,” the statement added. 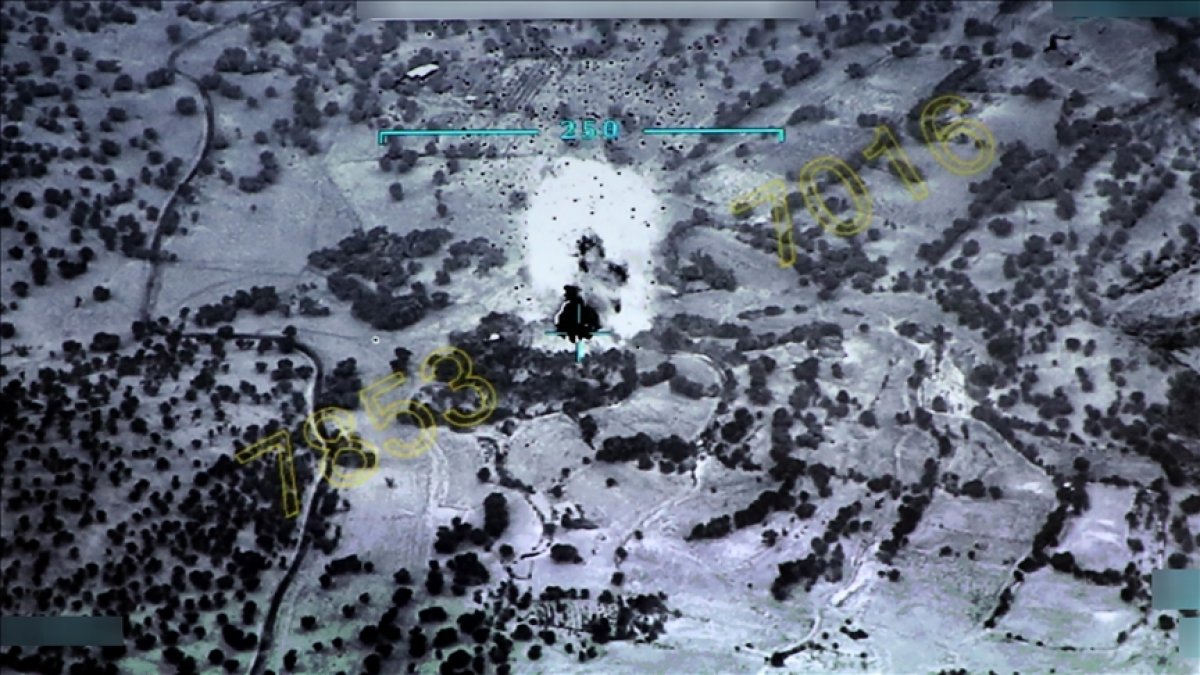